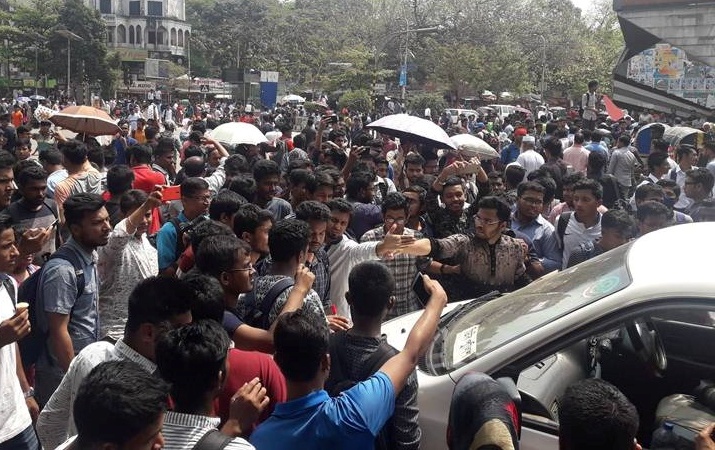 Hundreds of students of schools, colleges and universities blocked the city’s key Shahbagh intersection as movement for safer roads spread across the capital on Wednesday, a day after the death of Bangladesh University of Professionals student Abrar.

They took position there around 11, paralysing parts of Dhaka.

Abrar died on Tuesday morning after being run over by a bus in front of Jamuna Future Park.

Protesters blocked the street in front Jamuna Future Park for the second day today. They vowed to continue the demonstrations ignoring the requests of Dhaka North City Corporation Mayor Atiqul Islam and police.