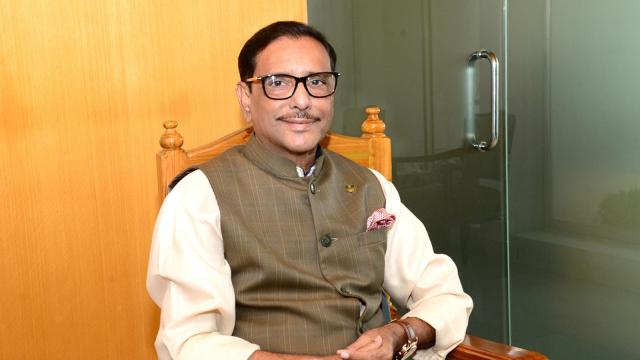 The bypass surgery of ailing Road Transport and Bridges Minister Obaidul Quader, has done successfully around 2 pm on Wednesday at Mount Elizabeth Hospital in Singapore.

His consciousness is expected to come back within three hours from now (2 pm), said duty doctor.

Dr Sivathasan Cumaraswamy, cardiothoracic surgeon at Mount Elizabeth Hospital and senior teammate of the medical board formed for Quader’s treatment, conducted the surgery which began at 9 am (Singapore time), information officer of the Road Transport and Bridges Ministry Abu Naser said.

Family members of Obaidul Quader sought ‘doa’ from the countrymen for recovery of the AL general secretary.

He was flown to Singapore the next day for treatment at the Mount Elizabeth Hospital.