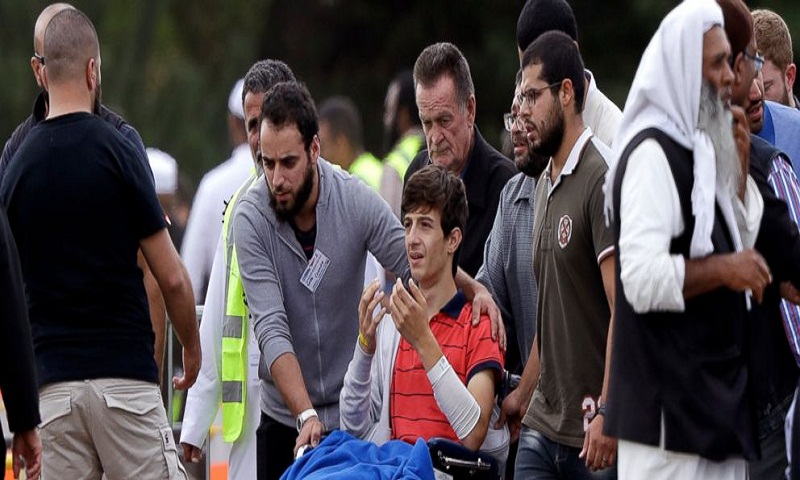 A father and son who fled the civil war in Syria for "the safest country in the world" were buried before hundreds of mourners Wednesday, the first funerals for victims of shootings at two mosques in New Zealand that horrified a nation known for being welcoming and diverse.

The funerals of Khalid Mustafa, 44, and Hamza Mustafa, 15, came five days after a white supremacist methodically gunned down 50 worshippers at two mosques in Christchurch — a massacre that he broadcast live on Facebook.

Hamza's high school principal described the student as compassionate and hardworking, and said he was an excellent horse rider who aspired to be a veterinarian.

Those present included Hamza's younger brother, 13-year-old Zaed, who was wounded in an arm and a leg during the attack. The boy tried to stand during the ceremony but had to sit back in his wheelchair, one mourner said.

Four other burials were under way on Wednesday evening. Those victims include Junaid Ismail, Ashraf Ali and Lilik Abdul Hamid. The fourth victim's name was suppressed by court order.

The burials began soon after Prime Minister Jacinda Ardern  renewed her call for people to speak of the victims rather than the man who killed them.

Also on Wednesday, a man accused of sharing video footage of Friday's massacre was jailed by a judge until his next court appearance in mid-April.

About 30 people wounded in the attacks remained hospitalized as of Tuesday evening. Around 10 of them were in critical condition, including a 4-year-old girl.