Priyanka Chopra says ‘I can’t cook, I am a terrible wife’ 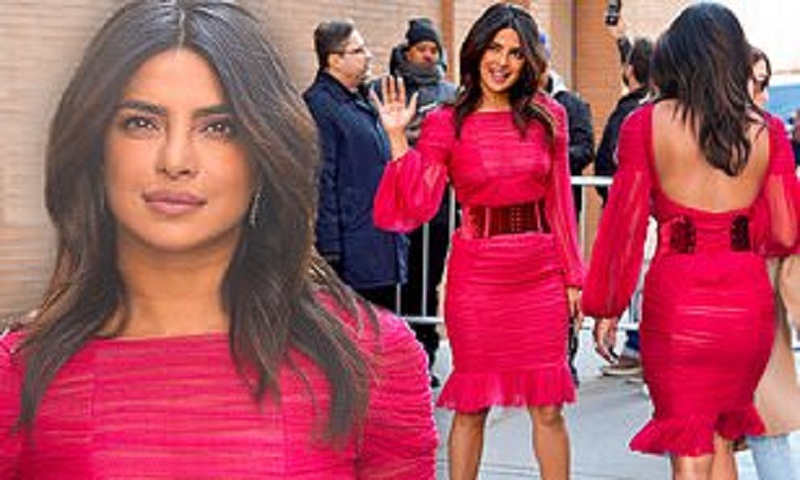 Actor Priyanka Chopra appeared on ABC’s chat show, The View, and talked about tying the knot with American singer Nick Jonas, her appearance in Nick’s video Sucker and more. The show focussed on her marriage to Nick and their relationship.

Calling herself a ‘terrible wife’, Priyanka said she does not know how to cook. “He is from a good Southern home where his mother made food, and I am not like that. I am a terrible wife in that sense.” She also admitted she can only make ‘eggs and toast’.

She also revealed that Nick’s response to her lack of cooking skills was ‘amazing’. “When I told him I can’t cook, he said, “It’s alright babe, neither can I.”

“Marriage feels so different, it’s like the family you choose,” she said. “You usually don’t get that from guys. It’s (usually) like ‘it’s okay baby,” she added.

The show opened with the latest Jonas Brothers song, Sucker. Priyanka was then asked how she was cast in the music video alongside Joe’s fiancee and actor Sophie Turner and Kevin’s wife Danielle. “It was actually just a dinner table conversation and we were taking about video girls and the boys looked around the table and looked at us and were like, ‘Look who we’re married to.’ And that is how it came about,’” she said. “We shot over two days in a castle where The Favourite was shot,” she added, saying they loved being in the posh atmosphere.

Asked how she handles failure, Priyanka said, “I hate failure, nobody likes it, I eat a double ice cream when a movie fails, I am like anyone else. But you have to indulge yourself.” “Failure teaches you,” she added.

“We have an option in a digital world today to create options for ourselves,” adding that people can sit in their garage and think of an app that will make them a living. When the show’s host Joy Behar said that a lot of people don’t have the brains to create an app, Priyanka quipped that ideas are what matter and the audience applauded her, report Hindustan Times.