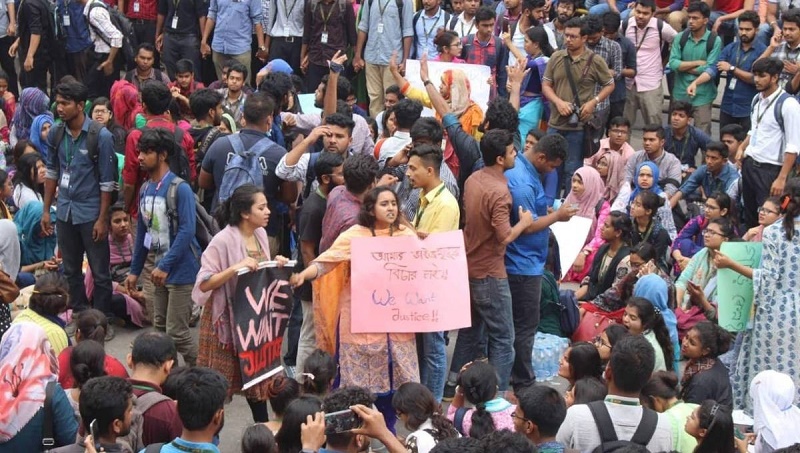 Students of private universities demonstrated in front of Jamuna Future Park to force the authorities accept their demands, including maximum punishment of the bus driver who killed Abrar on Tuesday.

Witnesses said hundreds of students from BUP, North South University and Siddheshwari College occupied the street just after 9am, halting traffic on the busy road.

Abrar, son of Brig Gen (retd) Arif Ahmed Chowdhury, died after being run over by ‘Suprovat Paribahan’ bus in Nodda area at around 7:15am on Tuesday.

Students of various private universities blocked the road in front of Jamuna Future Park and protested. They also set afire the bus that ran over Abrar.

They also called for boycotting classes at all the educational institutions across the country on Wednesday and urged the students to take position in front of their respective institutions to express solidarity with the protesters’ demands.