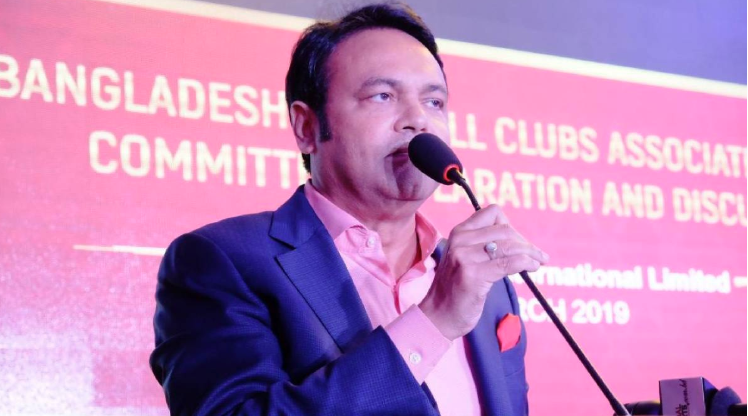 BFCA President Tarafder Md Ruhul Amin announced the 82-member committee at a function at a local hotel in the afternoon.

Some 94 representatives of 53 metropolis clubs of the Premier League, Championship League, First Division, 2nd Division and 3rd Division Leagues were present at the function.

Besides, the names of five of the eight-member advisory committee of BFCA was announced at the event, including veteran sports organiser Mozaffar Hossain Paltu, Manzur Hossain Malu, Imtiaz Sultan Jony, Abdul Gaffar and Shahjahan Kabir in the committee.

Addressing the function, Ruhul Amin demanded the announcement of the date of BFF AGM by the next 15 days and payment of participation fees of Tk 40 lakh each for the premier league and Tk 20 lakh each for championship league’s clubs before the 2nd leg matches begin.

The club officials also demanded yearly income, expenditure reports and audit reports of the BFF within one month.

They criticised BFF’s executive committee member Mahfuza Akhter Kiron for her derogatory comments on sports-loving Prime Minister Sheikh Hasina, demanded a clear statement from BFF and decided to give a memorandum to the State Minister for Youth and Sports Zahid Ahsan Russell in this regard.