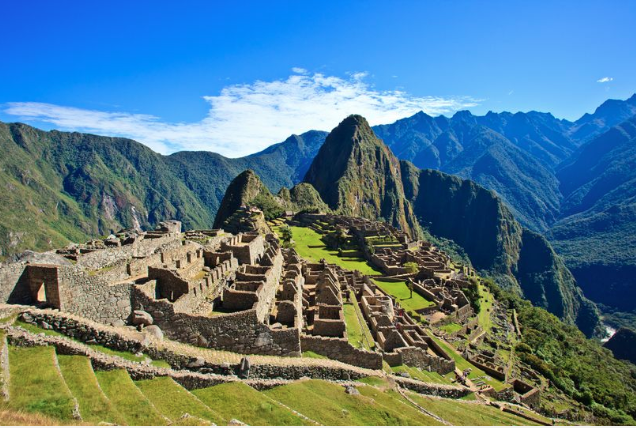 Despite being centuries old, Machu Picchu has only just become wheelchair accessible thanks to a brand new tour.

The 15th century Incan citadel in Peru has previously not been accessible to wheelchair users because of the rough and uneven terrain, as well as the countless steps that make up the ancient site.

But travel company Wheel the World is changing that with its first ever itinerary to one of the epic site, one of the Seven Wonders of the World.

It's believed to be the first time in the site's history that it is opening up to wheelchair users.

The company was set up by best friends Alvaro Silberstein, a wheelchair user, and Camilo Navarro who is non-disabled.

To help wheelchair users access the site and get around safely, Wheel the World uses specialised chairs.

Camilo explained to CNN : "It's designed with only one wheel and two long sticks that make it look like a wheelbarrow. It is a mix of steel and aluminum, like a bicycle, so it's light."

These specialised wheelchairs can't be self-propelled so they do require someone to help operate the chair and navigate it through some of the narrower paths along the trail - but it's still opening up parts that woudn't have been accessible previously.

Wheel the World also has guides and assistants who join the trip to help travellers.

Prices for the Machu Picchu itinerary start from $990 per person (approximately £758pp), which includes adapted transportation to and from the site direct from the traveller's hotel, use of the specialised wheelchair and the guides and assistants.