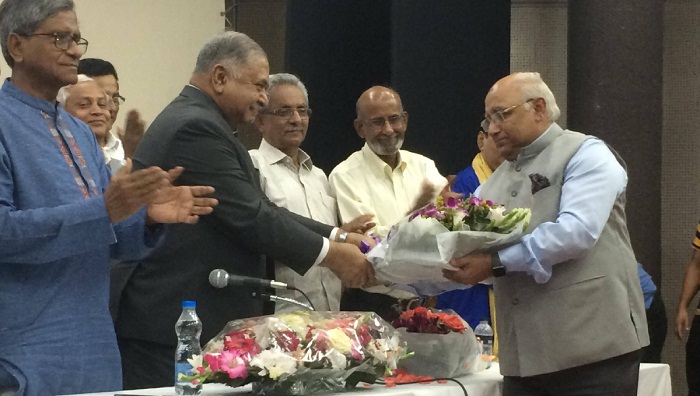 Rashid, also the secretary general of South Asian Association For Regional Cooperation in Law (SAARCLAW), formally joined Gano Forum by presenting Dr Kamal a bouquet at a discussion at the Supreme Court Bar Association auditorium in the capital.

In his brief address, Rashid said, “I should’ve joined Gano Forum much earlier as the country is passing through a tough time.”

He regretted that his previous party, Jatiya Party, harmed the country and the nation in many ways.

Rashid hoped that he will be able to work for the people and the country under the leadership of Bangabandhu’s close associate Dr Kamal Hossain.

Earlier on March 6 last, Rashid resigned from Jatiya Party by sending a letter to its Chairman HM Ershad.