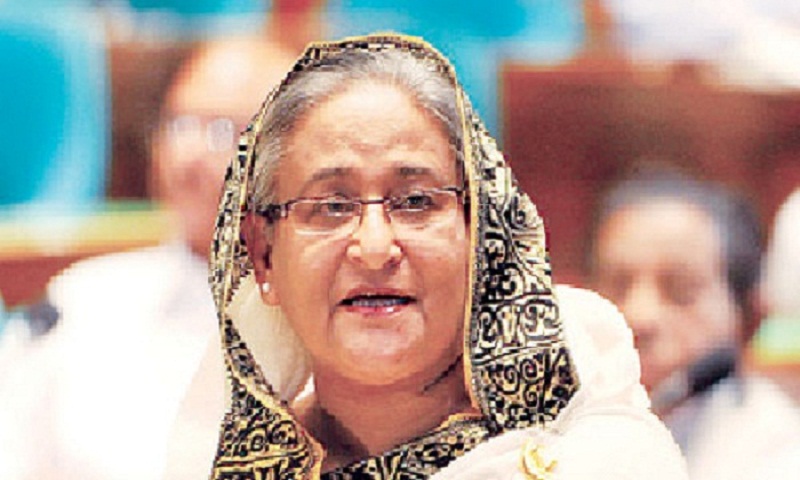 She  inaugurated the bridge through a videoconferencing at her official residence Ganabhaban in the morning.

Through the videoconference today, Sheikh Hasina also inaugurated a four-lane flyover at Bhulta and a railway overpass at Latifpur on Dhaka-Sylhet Highway.

The bridge will facilitate communications and boost trade and commerce, premier said in inaugural speech.

She requested commuters to be cautious during road crossing and asked pedestrians to use foot over-bridge and underpass.

She also suggested drivers to take rest in between driving to avoid weariness which can cause accident.

About various steps taken by her government, she referred to amended road safety act having a provision of death sentence for perpetrators of willful accident and loss of life.

Drivers and helpers have to have due training and licence as former sometimes entrust latter to drive.

Expressing deep shock at the New Zealand mosque shooting claiming around 50 lives, she said criminals have no religion, caste and nationality.

She said her government has ensured equal right for people of all religions.