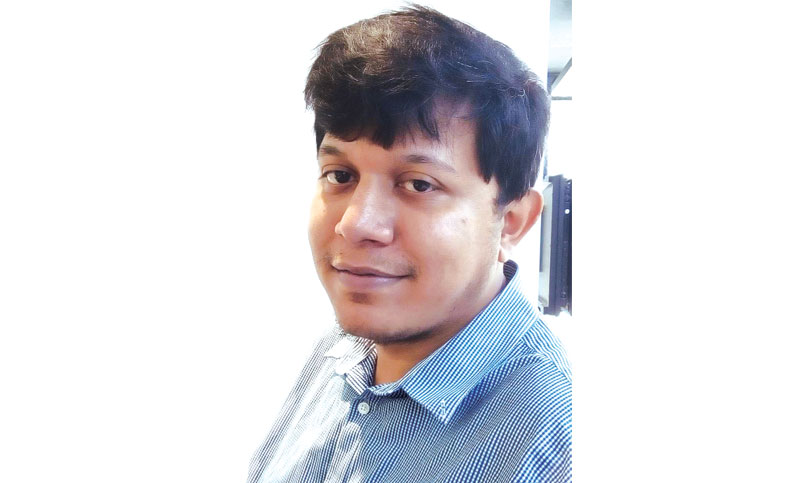 At least 49 people are dead and hundreds others injured in gory terrorist attacks on two New Zealand Mosques in ChristChurch. The attacks took place yesterday during the Jumma prayers. That terrorist incident has turned out to be a sad turn of events, both nationally and internationally. Two Bangladeshi Nationals have died and eight more been injured in the attack believed to be made out of hatred towards the Muslim community.

Four terrorists, one of them is confirmed to be Australian, have fired at innocent people indiscriminately. The innocents were in the mosques for saying their Friday prayers. We usually find that the western media jumps on to the bandwagon of calling any suspected shooters “Muslim terrorists” when there is semblance of their Islamic religious identity involved in it. The western media should call these white attackers terrorists not “wolves” or “loners”.

Some of our players from Bangladesh Cricket Team were about to get off the bus when the gruesome shootings started. They went there to say their prayers. Luckily, they escaped unscathedly. The players, once they heard the cacophonic sounds, fled for their safety to the Haguely Oval ground. If our players were five minutes earlier, they would become possible casualties too. It would have become a national tragedy and one of the biggest international tragedies in the sporting history. Fortunately, Almighty has saved our players. They have been reported to be safely back in the hotel. That news has taken our national concern, most importantly. 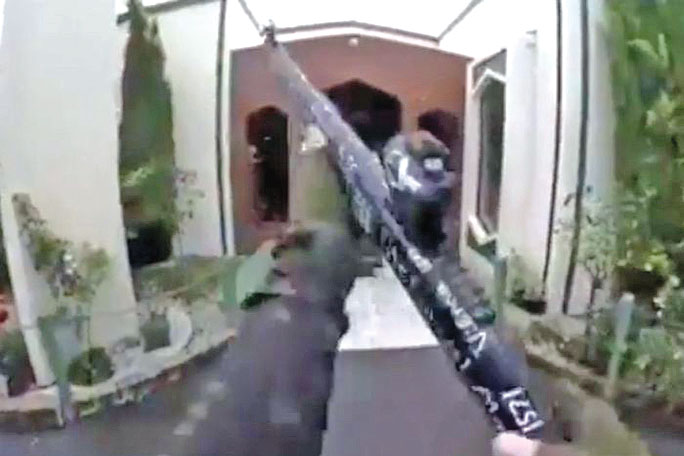 Tigers have been staying there for over a month. Our cricket players have lost all the matches. Normally, this article should have been about their cricketing performances, but in times like this, cricket takes a backseat. It puts our thinking into a perspective. It makes us feel that life is more precious than anything else. We hanker after material substances. Can we take money into the graveyard? What is then the point in losing our sleep over monetary issues? I believe, money, if we remain honest and do hard work, will automatically come by the passage of time.

The players were getting ready for playing their last test match at Haguely Oval. The match was supposed to start on 16 March 2019, but it has been called off. Our players are going to return home as soon as possible. Wishing them all the best for a safe return.

Mosques are holy places. Killing is a heinous activity. Here, the shooter (we don’t yet know if there are more than one shooter) starts killing indiscriminately. That terrorist had all the devilish intentions. It was a pre-planned murder. It was like a war full of bloodshed. The gunman looked like a Hitman. The scene is akin to any violent video games. One of the features of a serial killer is: he always wants to grab the spotlight. What we can be almost certain about is—-terrorists have no creed and religion. They are hydra-headed creatures taking any shapes and forms.

The Australian media have accused the far-right extremist group for initiating an attack of this sort. New Zealand Prime Minister Jacinda Arden is mourning the loss. She has called the shooters terrorists who will have no existence in a peaceful country like New Zealand.

Australia, the neighboring country of New Zealand, is keeping their flag half-mast out of respect for the casualties. This is a tragic event something unthought of. But, ChristChurch police must be held accountable for their lax security system. A gunman wearing a bullet-proof jacket enters the mosque with his weapons without any active resistance is very surprising! Why did New Zealand police take the security issue for granted? Yes, ChristChurch is a quiet place. It is a safe haven. It does not mean that the place will remain safe forever.

The killer has uploaded his own video of shooting on Facebook. He wears a cam on his head. Although the New Zealand police are warning others not to share and upload that video on social networking sites, unfortunately, the videos of shooting have gone viral. We know that the first world countries have a tight security system and strong intelligent services. Surprisingly, here, the intelligence service failed to nab the plot hatched by Brenton Terrant and some of his cohorts. They have been hatching the plot for two years. New Zealand police could not even trace them! If intelligent officers had been more vigilant, these terror attacks could have been averted. Only when something happens to our part of the world, the racist world media starts finding faults in our country. They call us an extremist country but in reality Bangladesh is more secular than many other self-proclaimed secular countries.

This is not the first time that such types of attacks where cricketers have been present have taken place. One terrorist outfit attacked the Sri Lankan cricketers’ buses in Pakistan injuring some players and killing some plain-clothed officials. From then on, Pakistan became an isolated country in the eyes of the cricketing media. Since 2009, only Zimbabwe, Windies, Sri Lanka and World XI have visited Pakistan.

Moreover, Pakistan spends plenty of money on their security arrangements for attracting foreign players to play in its domestic competition called “Pakistan Super League (PSL)”. It is the first time PSL have been arranging 8 games in Pakistan. Bangladesh will be one of the next two touring cricket teams. I think, it will be wise for Bangladesh Cricket Board (BCB) officials not to send our cricket team there. Our safety and security are paramount to anything. We should not send our treasures to a land deemed unsafe even by their own citizens. Pakistan is a de-facto land.

Bangladesh despite being a safer country than Pakistan had to provide extra security measures to Australia Football Team when they came here to play a qualifying match for the world cup 2018. The Socceroos (the Australian football team are famously called) only stayed here for 12 hours. Tim Cahil, then heaped praise on our presidential level of security arrangements. They thought to have felt special at our security arrangements.

Unfortunately, our players don’t receive the same amount of special treatment in foreign countries. There should be extra security measures. We should not take terrorists for granted. We condemn their actions.  We should not take part in vitriol and other forms of hate crimes. Let terrorists live in perpetual fear. We will rise up. The song of Humanity will be spread.

We pray for the salvation of the departed souls. May the Almighty give them Heaven!