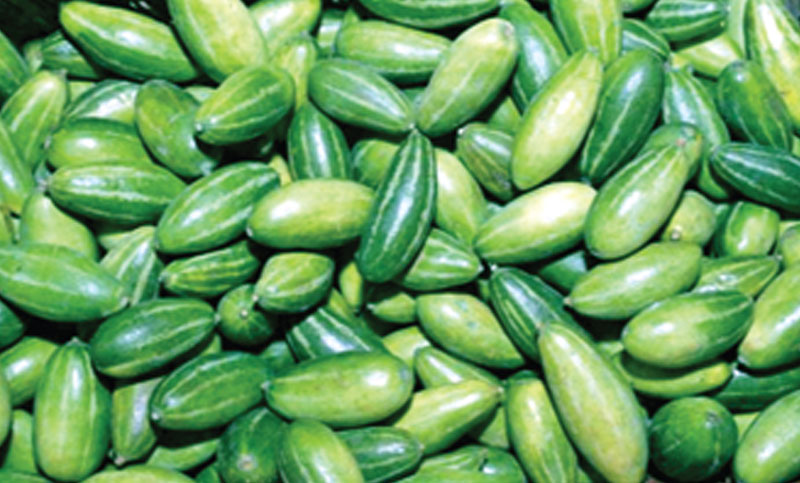 FARIDPUR: Abdul Jabbar of Charharirampur village in Char Harirampur union under Charbhadrasan upazila in the district has seen success in growing pointed gourd, cultivating the vegetable for the first time in the area this year.

“In February, I collected some pointed gourd creepers from Raipura upazila of Narsingdi district and planted them on 30 decimals of land,” said the 40-year-old farmer.

“It is not that difficult to grow the popular vegetable. After two months of planting, I started getting yield. Every week, I collect 20-25 kg of pointed gourd from my garden and sell them in the local market for Tk 40-45 a kg.

“Now other farmers of my village are showing interest to cultivate the vegetable. I hope that I will be able to sell it to the local farmers from next year,” Jabbar said.

Instead of pesticide, he uses environment-friendly sex pheromone traps.

Jabbar’s wife Karimon Nessa, 32, said often she takes care of the garden, especially when her husband remains busy in other works.

Generally pointed gourd is brought to Faridpur from Dhaka and sells for good prices.

“Cultivating pointed gourd for the first time in the area, Jabbar has seen success. It is likely to spread rapidly in the upazila as it has special demand in the local market,” said sub-assistant agriculture officer in Faridpur.