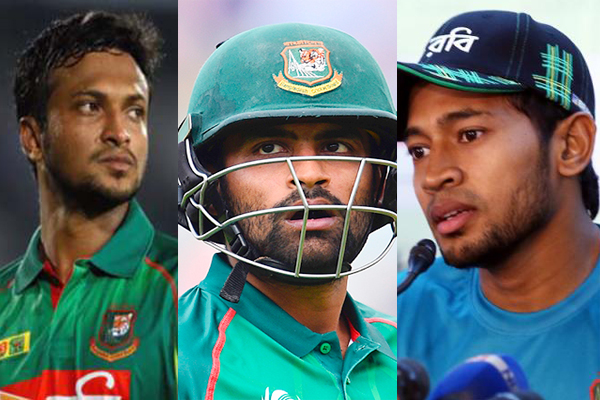 Bangladeshi cricketers, both at home and abroad, have expressed their deep shock at the incidents of Christchurch mosques shooting  killed at least 49 people and wounded more than 49 during Friday Juma prayers at two mosques in New Zealand.

The visiting Bangladesh cricket team was arriving for prayers at one of the mosques when the shooting started.

All members of the team, however, narrowly escaped gun attacks by terrorist.

Terming the terror attack as ‘deplorable’, world’s number one all-rounder Shakib Al Hasan wrote in his official Facebook page, “My prayers go out to the departed souls and those families who lost their loved ones in this cowardly act. I thank Allah for keeping our team safe from this hideous attack and hope for their safe and swift return.”

Mushfiqur Rahim got frightened due to unexpected horrific incident and described in his Facebook page, “We were so close and don’t want to experience these things again...pray for us”

Expecting prayer form all, Tamim Iqbal said, “Entire team got saved from active shooters!!! Frightening experience and please keep us in your prayers”.