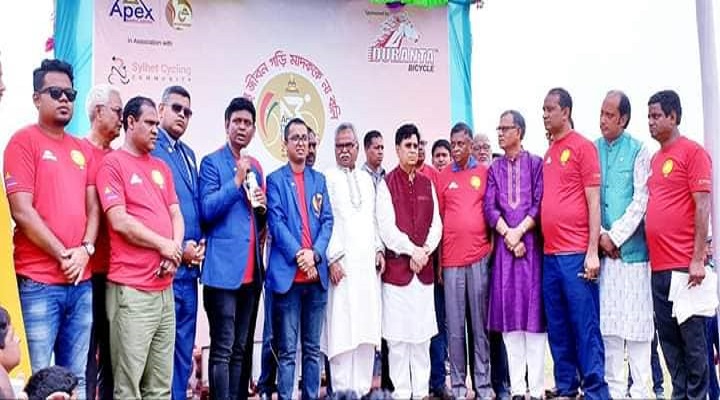 An anti-drug rally organized by Apex Club Bangladesh was held in Sylhet aiming to spread the awareness message against drugs among the people.

The rally began at city's Shaheed Minar premises and paraded all around the city.

Foreign Minister Dr AK Abdul Momen was present as chief guest at the closing ceremony of this anti-drug rally programme.

Sylhet City Mayor Ariful Haque Chowdhury inaugurated the rally in the morning and was also present at the closing ceremony.

Speaking on the ocassion, foreign minister AK Abdul Momen said that the government is now on zero tolerance stance against drugs.

But, government’s lone effort is not enough to combat against drugs. Awareness of people can help reducing use of drugs, he said.

Leaders of the club at the programme said that Apex Clubs of Bangladesh has been working to create a drug free society since its inception.

In 1931, three Australian donors established Apex and its Bangladesh wing is working in the country since 1961 for the betterment of society. Apex Bangladesh is working in Bangladesh through 127 clubs in nine regions where around 3,000 active members are involved.

Duranta Bicycle is the sponsor of the rally. English daily ‘Daily Sun’ and Bengali daily ‘Kaler Kantho’, private tv channel News24 and Jagonews are the media partners of the rally.