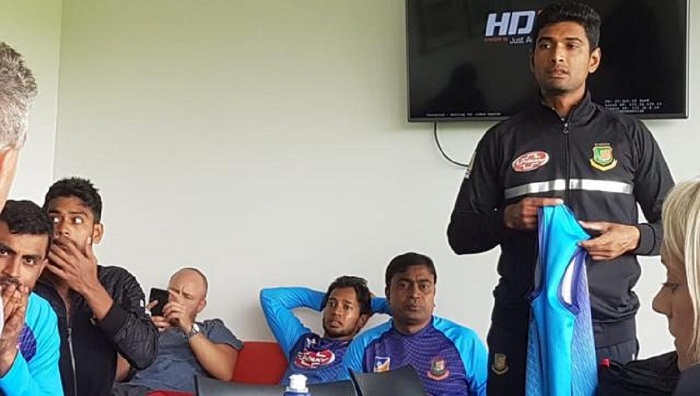 Bangladesh has decided to bring back its cricketers as early as possible after terror attacks at two New Zealand mosques killed 40 people.

Tigers team manager Khaled Mashud said the Bangladesh team bus was about 50 yards away from one of the mosques that was attacked. “The team is lucky to escape,” he told the media in a video message on Friday.

In Dhaka, Bangladesh Cricket Board President Nazmul Hassan told the media that they had spoken with State Minister for Foreign Affairs Shahriar Alam to make arrangements to bring back the players within the quickest possible time.

“He has assured me to do so,” Hassan said.

Mashud said they are trying to arrange tickets. “We’re at least 19 people who will go back to Bangladesh. Some of our coaching staffs will go to South Africa or the West Indies. They will get tickets easily,” he said.

New Zealand has confirmed that 40 people have been killed and more than 20 seriously wounded in the terror attack. BBC Bangla said two of those killed are Bangladeshis.

“It (the incident) had a big impact on the cricketers. We saw some wounded people coming out of the place. It was horrible. Some of our players were crying. We didn’t know whether we can be affected or not. As the team manager, I tried to bring them back to the stadium,” Mashud said in a video message to the media.

The third and final Test between New Zealand and Bangladesh has been called off.