North Korea may break off US talks and resume missile tests, official says 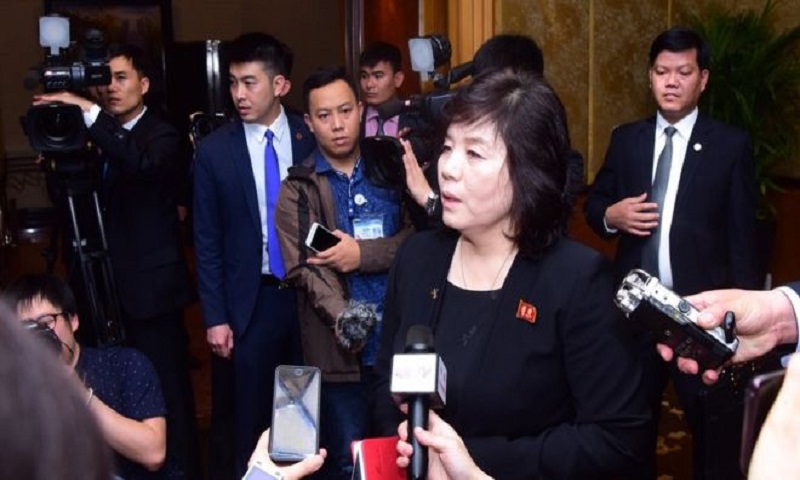 North Korean leader Kim Jong-un may break off denuclearisation talks with the US and resume missile and nuclear testing, a senior official says.

Vice Foreign Minister Choe Sun-hui told foreign diplomats the US threw away "a golden opportunity" at a recent summit between President Trump and Mr Kim.

But talks collapsed after Mr Trump refused to lift sanctions unless North Korea destroyed all its nuclear sites.

What has North Korea said?

Mr Kim is set to make an official announcement on his position regarding future talks with the US soon, Ms Choe said in Pyongyang.

"We have no intention to yield to the US demands in any form, nor are we willing to engage in negotiations of this kind," she told reporters in North Korea, Russia's state Tass news agency reported.

She accused the US of taking a "gangster-like" stance, Tass reported.

Ms Choe said that North Korea's demand during the recent summit was for five key economic sanctions to be lifted, not all sanctions, as Mr Trump said after talks broke down.

"What is clear is that the US has thrown away a golden opportunity this time," she said. "I'm not sure why the US came out with this different description. We never asked for the removal of sanctions in their entirety."