Cricketers ready to back home after attack at Christchurch mosque 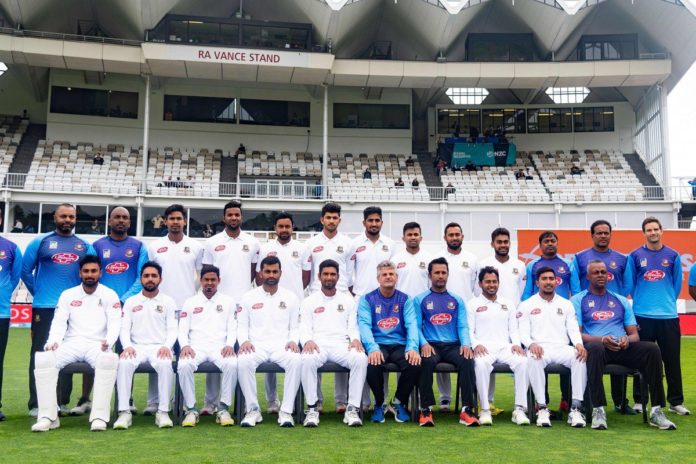 All Bangladeshi cricketers are safe after surviving a close shave following a gun attack inside a mosque in Christchurch on Friday that has claimed several lives. But they remain upset after watching the vicious incident live, said team manager Khaled Masud Pilot.

“They are all safe but they remain distraught. They can’t forget what happened just in front of their eyes,” Masud informed journalists on Friday, reports BSS.

“Their family members are very worried about their safety. They are calling them repeatedly but I want to assure all of them they are safe and sound,” he said.

The attack was described by Prime Minister Jacinda Arden as “one of New Zealand’s darkest days”.

Members of Bangladeshi players were going to mosque to perform their Jummah prayers at Christchurch’s Masjid Al Noor. However as they were about to enter the mosque, a lady warned them that a gun attack was going on inside the mosque. Being panicked upon hearing the news and the sound of fire, they players entered inside a bus and laid down on the floor.

They returned to the cricket ground and advised to stay in the stadium premises. Later they were escorted back to the team hotel.

Opening batsman Tamim Iqbal wrote on Twitter: “Entire team got saved from active shooters!!! Frightening experience and please keep us in your prayers.”

“Alhamdulillah, Allah save us today while shooting in Christchurch in the mosque,” tweeted another player, Mushfiqur Rahim.

“We are extremely lucky…never want to see this things happen again….pray for us.”

40 people are believed to be dead so far, according to local reports.

Attacks have been reported in three mosques so far and a car bomb was found in close vicinity of another.

Unconfirmed reports suggest that a 37-point manifesto from the attacker or attackers in question was found.