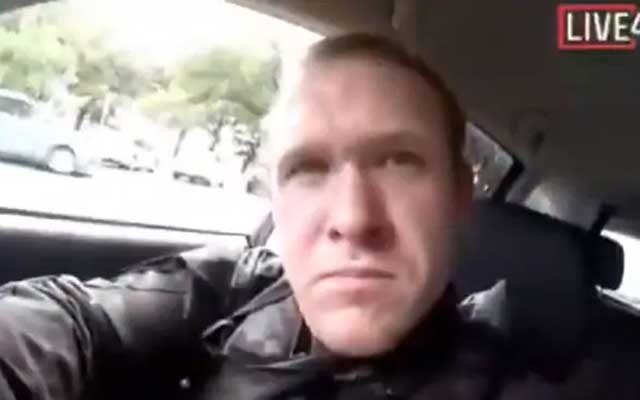 A horrific shooting at a Christchurch mosque in New Zealand was livestreamed for 17 minutes by the gunman.

The shooter identified himself as "Brenton Tarrant" - a white, 28-year-old Australian-born man. Twitter has shut down a user account in that name.

The gunman published an online link to a lengthy "manifesto", which the New Zealand Herald has chosen not to report.

Police Commissioner Mike Bush said he was aware that footage of the shooting was on social media and police were doing everything they could to get it removed.

"It shouldn't be in the public domain."

Spark managing director Simon Moutter said the company was working to close off websites attempting to distribute the footage.

Our Spark security experts are working hard to close off the websites attempting to distribute the hateful stuff originating from the perpetrators of the massacre in Christchurch. We hope it causes minimal inconvenience to legitimate internet use by our customers.

Vodafone NZ spokesman Richard Lewellyn said: "Industry players are working at a technical level now to block some of the hate sites involved in this content."

Spark spokesman Andrew Pirie said technical staff had identified three primary sites where footage had been posted but there were a number of "copycat" sites popping up.

The internet providers had joined forces to block access to these sites, he said.

Australian media have reported that New South Wales counter-terrorism police were carrying out activities in the Coffs Harbour area of New South Wales.

It was not known whether "Tarrant" was from Coffs Harbour but he was certainly from NSW, Nine News Sydney reported.

National arrangements through the Australian and New Zealand Counter-Terrorism Committee have been activated. Queensland Police are being kept briefed on the situation in New Zealand as it unfolds.

It's believed the man may have family in Grafton, northeast of Coffs Harbour.

Inside the gunman's vehicle.

The livestream began as the gunman drove to the Al Noor Mosque in Deans Ave, parking his car in a nearby driveway.

The beige station wagon contains a cache of weapons and ammunition in the front passenger seat and boot, along with petrol canisters.

He then armed himself and walked into the mosque, with the first victim shot in the doorway.

The gunman was armed with at least one semi-automatic firearm and multiple ammunition clips. Messages in white writing were scrawled on the gun and ammunition.

Once inside he began shooting indiscriminately.

He then exited the mosque through the front door - after just under three minutes inside and headed into the street – firing random shots as cars drove past.

The man returned to a beige Subaru station wagon parked in a nearby driveway to get more ammunition from the boot.

He fired more shots on the street at no apparent target and said: "Looks like we won't get the bird today boys".

He then re-entered the mosque to check for survivors – and began firing again.

As the gunman left the mosque the second time he repeatedly shot a woman in the street.

He gets in his car and drives away. One vehicle that nearly pulled into his path was fired at several times with a shotgun.

The 17-minute video ends as the gunman drives away at speed.