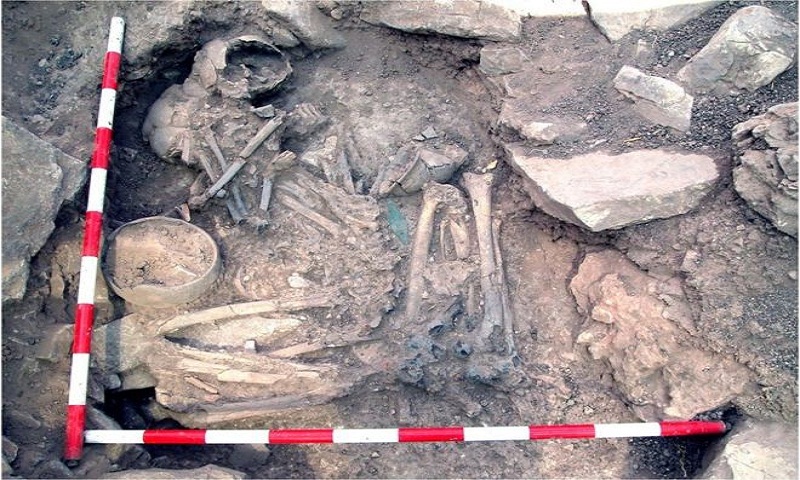 A mass migration of males transformed the genetic make-up of people in Spain during the Bronze Age, a study reveals.

DNA evidence shows the migrants streamed over the Pyrenees, replacing existing male lineages across the region within a space of 400 years.

It remains unclear whether there was a violent invasion or whether a male-centric social structure played an important role.

The result comes from the most extensive study of its kind.

Researchers reconstructed the population history of Iberia (modern Spain and Portugal) over 8,000 years - the biggest slice of time tackled by ancient DNA research.

Their study is published in Science journal.

The Bronze Age male migrants traced some of their ancestry to Neolithic (Stone Age) farmers found throughout Europe - including Spain - while the rest of their genetic make-up was like that of people living at the time on the Russian steppe.

This steppe ancestry was introduced to Europe by nomadic herders who migrated west from Asia and the eastern fringes of Europe.