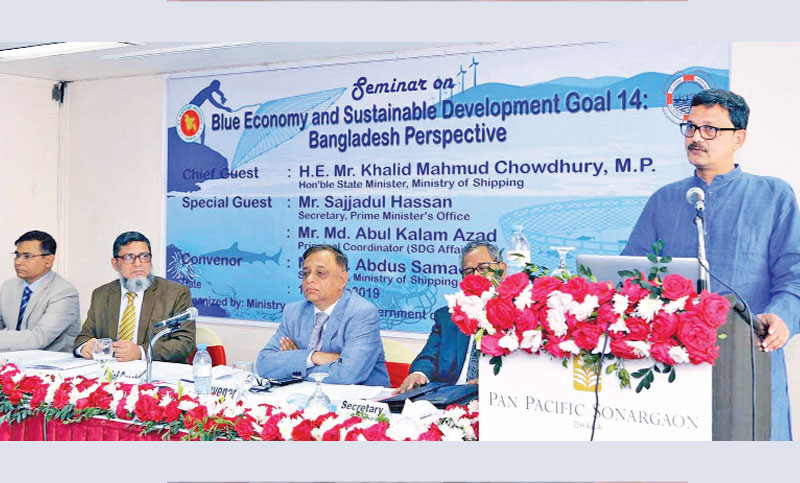 State Minister for Shipping Khalid Mahmud Chowdhury on Thursday said that by establishing a “blue economy” the country would achieve double digit growth by 2025.

“The government is working on utilizing the vast resources in the Bay of Bengal to harness the blue economy,” he said.

The state minister was speaking at a seminar “Blue Economy and Sustainable Development Goal 14: Bangladesh Perspective” at Hotel Pan-Pacific Sonargaon.

Recalling the role of the Father of the Nation Bangabandhu Sheikh Mujibur Rahman in the creation of Bangladesh, the state minister said Bangabandhu endorsed the Law of the Sea in 1974 and his daughter Prime Minister Sheikh Hasina demarcated the maritime boundary, reports BSS.