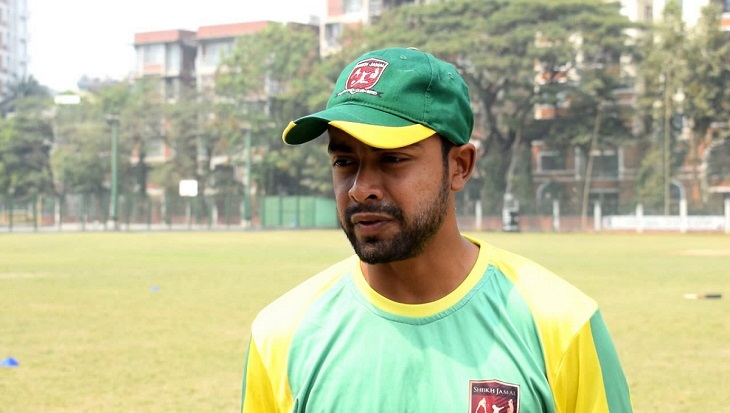 Bangladesh have already lost the three-match Test series against New Zealand with one match to play. In the first two matches, they were poor with both of the batting and bowling in the middle which resulted in two innings defeats in two games against the hosts.

However, Abu Jayed Rahi, the right-arm pacer of Bangladesh, on Thursday said he is upbeat about doing well after finding a way to swing the ball in the condition of New Zealand.

"We saw that we were able to swing the ball in this sort of condition in New Zealand more than we do in Bangladesh. It is helping us earn more self-belief. We also have seen that the batsmen of the opponent are finding it difficult to trade with our swinging deliveries," Abu Jayed said on Thursday while talking to the media.

The third Test of the series will take place in Christchurch from March 16. Bangladesh have already reached the city and started gearing up ahead of the third and final Test.

In the second Test in Wellington, two catches of Ross Taylor were dropped by Mahmudullah Riyad and Shadman Islam in the same over of Abu Jayed Rahi. After getting those chances, Taylor ended up with a double century which paved the way for New Zealand to secure the match inside three days.

"Probably, it was not written in my fate. But we still have one match to play. We are upbeat to do well in the last match. We have developed a belief of swinging the ball," the right-arm pacer further said.

Bangladesh are playing the series with four pacers. Mustafizur Rahman, the left-arm pacers, is the most experienced among them with 13 Tests to his name. The other three- Abu Jayed Rahi, Khaled Ahmed and Ebadat - just played nine Tests together. This inexperienced bowling attack was the biggest reason behind Bangladesh's poor performance in the ongoing series.