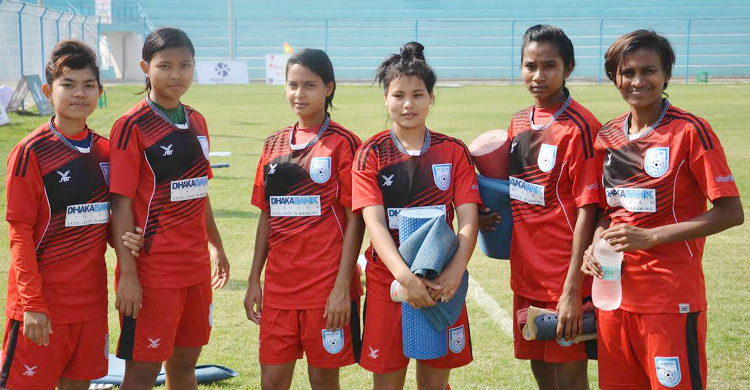 Bangladesh began their SAFF Women Championship with a 2-0 victory over Bhutan in a Group A encounter at the Sahid Rangashala in Biratnagar, Nepal on Thursday.

The outright victory helped Bangladesh storm to the semifinal of the tournament with a match to spare. They will now take on Nepal on March 16 in their bid to be the champion of their group, reports BSS.

Tension grew high as the first half went goal-less against a team, against whom Bangladesh never conceded a defeat.

However Mishrat Jahan Mousumi opened the scoring for Bangladesh in the 46th minute with a headed goal.

Late in the game in 85th minute, Sabina Khatun scored the second for Bangladesh with a sidefoot finish after a darting run through the centre.

Bangladesh later kept pressure on Bhutan but couldn’t find the net. Bhutan however crashed out of the tournament after losing two consecutive games.