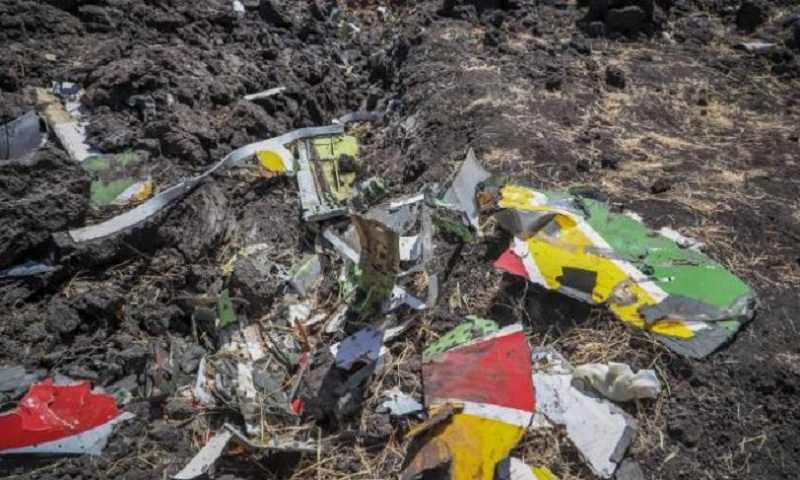 Ethiopia said Wednesday it would send the black boxes from last weekend’s deadly Ethiopian Airlines crash to Europe for analysis as urgency mounted for answers amid safety concerns for the Boeing 737 MAX 8.

The move has heaped pressure on Boeing to provide proof the workhorse is safe.

In Ethiopia, families of victims were taken to the remote site Wednesday where the plane smashed into a field with 157 passengers and crew from 35 countries, leaving a deep black crater and tiny scraps of debris.

“We are going to send it to Europe, but the country is not specified yet,” said Asrat.

Another airline spokesman, Biniyam Demssie, said Ethiopia did not have the equipment to read the black box data, which it is hoped will provide crucial information about what happened.

The Ethiopian Airlines 737 MAX 8 was less than four months old when it went down six minutes into a flight from Addis Ababa to Nairobi on Sunday, disintegrating on impact.

Asrat said families of the victims from Kenya, China, America, and Canada, as well as diplomatic staff from embassies, were at the crash site.

The pilots of the Ethiopian Airlines plane reported similar difficulties before their aircraft plunged into the ground.