‘BCB has no problem with Shakib’s IPL participation’ 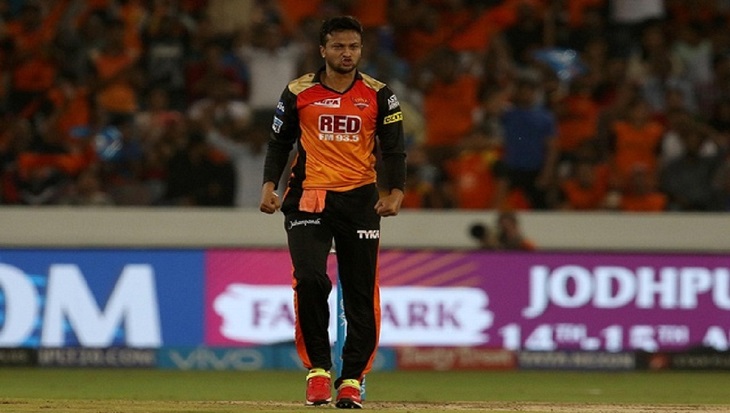 Bangladesh Cricket Board (BCB) has no problem with Shakib Al Hasan’s participation in the upcoming season of Indian Premier League (IPL) which is scheduled to begin on March 23, said the chairman of its Media Committee on Wednesday, reports UNB.

Shakib played the last season of IPL for former champions of the league Sunrisers Hyderabad. He is set to represent them again in the forthcoming season as well, confirmed Jalal Yunus.

“I think there should be no restriction on a player to participate in any event if he is fit enough to play,” Jalal Yunus told reporters at the InterContinental Dhaka during a programme arranged by the International Cricket Council and Coca-Cola.

“A player should take care of himself. Shakib is already allowed to take part in the IPL. He’ll be playing protecting himself. Maybe, he won’t complete the season. Instead of doing so, he might return midway of the league,” Jalal Yunus further said.

Shakib was suffering from a finger injury that he sustained during the final of Bangladesh Premier League (BPL) on February 8. Since then, he is out of action. Due to this injury, Shakib missed the entire series against New Zealand. There were talks about his participation in the last Test of three-match series; however, BCB said there is no that sort of chances now.

Shakib was intended to play the Dhaka Premier Division Cricket League. But BCB decided not to allow him because no other senior player of the national team took part in the event, according to Jalal Yunus.