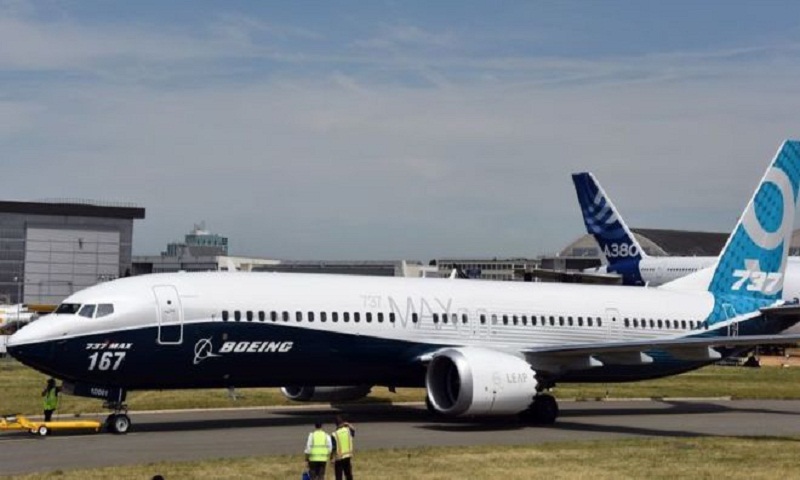 The European Union and India have banned the Boeing 737 Max from flying over their airspace to ensure passenger safety.

They join a long list of countries in suspending the plane, including the UK.

It comes after an Ethiopian Airlines plane crashed on Sunday, killing 157 people on board. It was the second fatal accident involving the 737 Max 8 model in less than five months.

US officials say the aircraft are still safe to fly.

However, the US Association of Flight Attendants-CWA union is now calling for the Federal Aviation Administration "to temporarily ground the 737 Max fleet in the US out of an abundance of caution".

India's Ministry of Civil Aviation announced that it would ground the Boeing 737-Max planes "immediately".

It said: "These planes will be grounded till appropriate modifications and safety measures are undertaken to ensure their safe operations."

It following a similar decision by the EU Aviation Safety Agency which said it is suspending the aircraft "as a precautionary measure".

Earlier today, the UK's Civil Aviation Authority (CAA) said it was banning the plane, joining other countries including China.

Investigators have recovered the flight recorders from the Ethiopian Airlines plane and are currently examining the data to determine what caused the crash.

EU Aviation Safety Agency said: "The accident investigation is currently ongoing, and it is too early to draw any conclusions as to the cause of the accident."

The CAA said its directive would remain in place until further notice.

It said it took the decision because it did not currently have "sufficient information" from the flight data recorder about the fatal crash.

Tui Airways and Norwegian both operate the Boeing Max 8 in the UK as part of their fleets.

One Turkish Airlines flight to Birmingham turned around and returned to Istanbul. And a Norwegian Air plane from Stockholm to Tel Aviv turned back over Romania.

A Tui statement confirmed their 737 Max 8 aircraft were grounded.

"Any customers due to fly home today on a 737 Max 8 from their holiday will be flown back on another aircraft," it read.

"Customers due to travel in the coming days will also travel on holiday as planned on other aircraft."

Norwegian said it had also suspended flights of the aircraft and apologised for the inconvenience to passengers.

India's SpiceJet, which has an estimated 13 Boeing 737 Max 8 planes in its fleet, has suspended the aircraft.

Which other countries are affected?

The US Federal Aviation Administration (FAA) has declared the 737 Max 8 airworthy.

But the largest operator of 737 Max 8s in America, Southwest Airlines, is offering passengers scheduled to fly on one of the Boeing planes the chance to change their bookings.

Senator Elizabeth Warren, who is running to be the Democrats' presidential candidate, called on the FAA "to get these planes out of the sky."

Boeing has confirmed that for the past few months it has been developing a "flight control software enhancement" for the aircraft, but says it is confident they are safe to fly.

More than $27bn (£21bn) has been wiped off the company's market value since the close of trading on Friday.

In the aftermath of the accident, Ethiopia, Singapore, China, France, Ireland, Germany, Australia, Indonesia and Malaysia have all temporarily suspended the 737 Max.

Singapore's Changi Airport is the world's sixth busiest and a major hub connecting Asia to Europe and the US, but only a handful of airlines operate the Max 8 aircraft in and out of the country.

No Australian airlines operate the Boeing 737 Max, and only two foreign airlines - SilkAir and Fiji Airways - fly the model into the country.