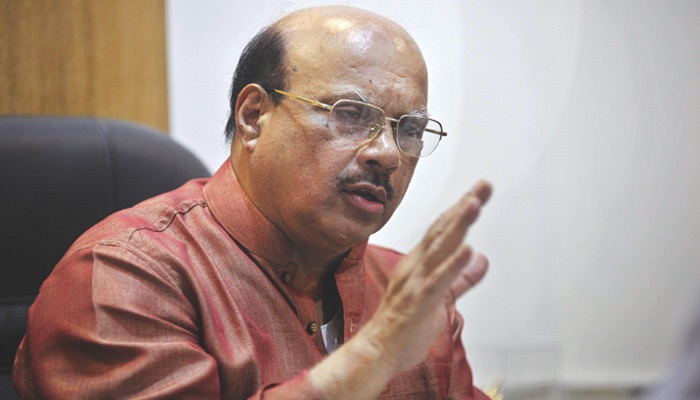 Presidium Member of Awami League (AL) Mohammed Nasim on Monday urged BNP not to do politics over illness of BNP Chairperson Khaleda Zia.

“BNP is resorting to falsehood over the illness of Begum Khaleda Zia. The government is very sincere for providing better treatment to Khaleda Zia,” he told a discussion at Institution of Diploma Engineers, Bangladesh (IDEB).

Bangabandhu Academy organised the discussion on the occasion of the historic March 7.

Nasim said, “Begum Khaleda Zia is not taking treatment without proper reason. You should (Khaleda) take treatment. If necessary, medical board will be formed for you. The government will do everything for you as per advises of medical board.”

He said, “BNP leaders are doing politics over treatment of Begum Khaleda Zia…. They (BNP) should refrain from falsehood over Khaleda Zia’s illness.”