ICC team sees no barrier to investigate atrocities against Rohingyas 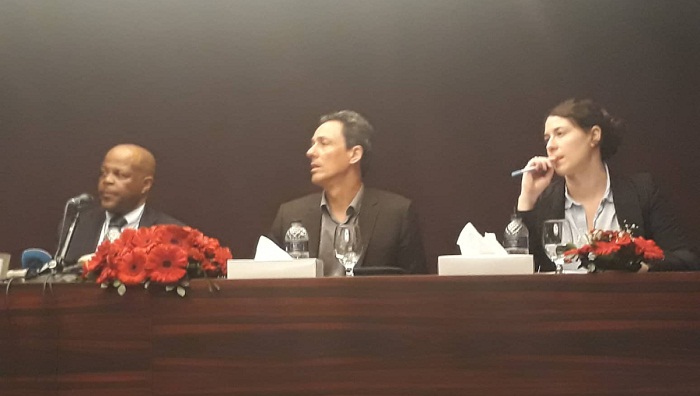 The Office of the Prosecutor, International Criminal Court (ICC) does not see any barrier in carrying out “preliminary examination” and subsequent investigation into alleged atrocities committed against Rohingyas by the Myanmar military though Myanmar is not a State Party to the Rome Statute.

“The ICC process is not about Myanmar, it’s not about Myanmar as a state. It’s about individual’s criminal responsibility,” ICC’s Director of Jurisdiction, Complementarity and Cooperation Division Phakiso Mochochoko told reporters at a city hotel on Monday evening.

The delegation from the Office of the Prosecutor of the International Criminal Court (ICC) is set to leave Dhaka on Tuesday.

Explaining further about individual criminal responsibility, he said it is all about the people who are responsible, who have given instructions, who have commanded and the people who did all other things and facilitated to commit these alleged crimes.

Mochochoko said it will not in any way be a hindrance despite the fact that Myanmar is not a State Party and will not cooperate with the Office of the Prosecutor into this.

Mochochoko said this is not the first time they engaged in this kind of process but they had got many other situations where they had been engaged. “Almost all of them have come to fruition – in one way or another.”

He said the independent and impartial preliminary examination of the situation in Bangladesh/Myanmar is going on and will follow its course.

“A preliminary examination is not an investigation, but an assessment of the Rome Statute criteria to decide whether an investigation into the situation at hand is warranted,” he said.

Therefore, during their Bangladesh mission that ended on Monday, he said the delegation did not collect any evidence or perform any other investigative activities as it is the standard practice of the Office.

Meanwhile, they had interactions with relevant ministers and meetings with representatives of international organisations, and visited Rohingya camps.

Earlier, the ICC wanted to know Bangladesh's opinion on whether The Hague-based court has the jurisdiction to run a case on atrocities against Rohingyas.

The pretrial chamber of the ICC sent a letter to Bangladesh in this regard on May 7, 2018 seeking opinion on three specific matters by June 11, either publicly or confidentially.

Bangladesh responded to the request of the International Criminal Court (ICC) on Rohingya issue, as the country is seeking a “sustainable solution” to the crisis.