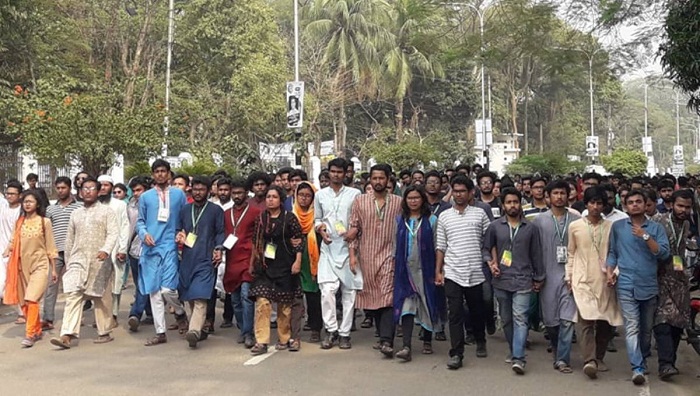 Supporters and candidates of the panels staged a sit-in in front of the vice-chancellor’s office in the afternoon.

They also asked the university to halt the announcement of the election results.

In the afternoon, supporters of different panels brought out a procession and staged another sit-in in front of the VC’s residence.

The panels announced their decisions to boycott polls at press briefings.

Meanwhile, many current and former students expressed disappointment over the elections on social media platform Facebook.

But Vice-Chancellor Prof Dr Md Akhtaruzzaman claimed the elections had been peaceful although there were some stray incidents.

“I’m happy,” he said. “I express my gratitude to all involved in the election process.”