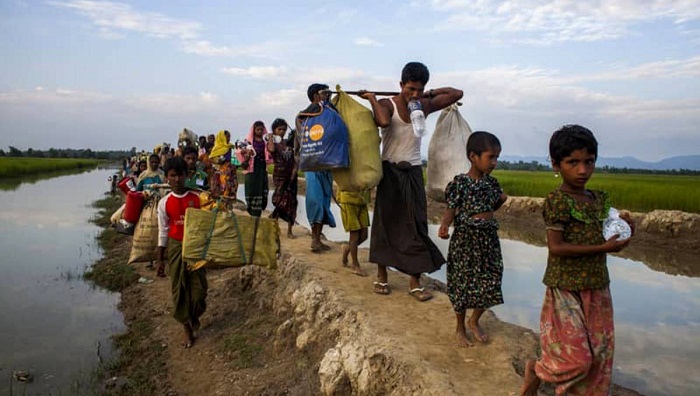 The visiting delegation from the Office of the Prosecutor of the International Criminal Court (ICC) is set to conclude its Bangladesh visit this (Monday) evening.

On March 6, the seven-member ICC delegation arrived in Dhaka for an initial probe into alleged atrocities committed against Rohingyas by the Myanmar military.

The delegation members will issue a press statement on their Bangladesh visit before their departure, said an official on Monday.

Meanwhile, they had interactions with relevant ministers and meetings with representatives of international organisations, and visited Rohingya camps.

Earlier, the ICC wanted to know Bangladesh's opinion on whether The Hague-based court has the jurisdiction to run a case on atrocities against Rohingyas.

The pretrial chamber of the ICC sent a letter to Bangladesh in this regard on May 7, 2018 seeking opinion on three specific matters by June 11, either publicly or confidentially.

Bangladesh responded to the request of the International Criminal Court (ICC) on Rohingya issue, as the country is seeking a “sustainable solution” to the crisis.