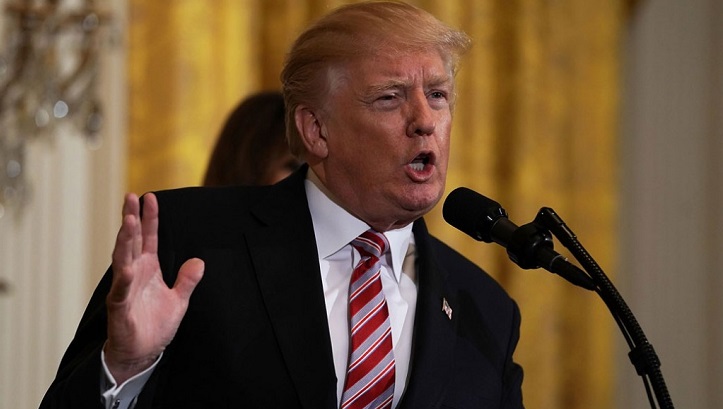 U.S. President Donald Trump's top economic advisor said Sunday that the president plans to cut domestic spending "across the board" by 5 percent in its proposed 2020 budget.

"The president is proposing roughly a 5 percent across-the-board reduction in domestic spending accounts," Larry Kudlow, who is also director of the National Economic Council, said in an appearance on "Fox News Sunday."

Trump is due to send the 2020 budget blueprint to Congress on Monday.

"It will be a tough budget," Kudlow added. "We're going to do our own caps this year and I think it's long overdue."

Kudlow said that recent budget deals "have not been favorable towards spending," and that curbing spending in domestic programs is "exactly the right prescription."

"If you want to deal with budget deficits, you've got rapid growth which means keep the tax cuts in place," Kudlow said. "We believe the 3 percent growth rates of 2018 will continue in 2019 and beyond 2020 and so forth."

The Trump administration's 2017 corporate tax cuts have been blamed for expanding the deficit, which is now approaching 1 trillion dollars, and the measure's effect on economic growth is waning.

Asked by host Chris Wallace why he seemed to no longer care about deficit and debt as much as he did during the Ronald Regan era, Kudlow replied, "I don't think good growth policies have to obsess necessarily about the budget deficits and so forth."

The presidential advisor said he expected the country's deficit to be around 4.5 to 5 percent of the gross domestic product. "That's a very modest number compared to even the recent past."