US household net worth sees biggest fall since crisis: Fed 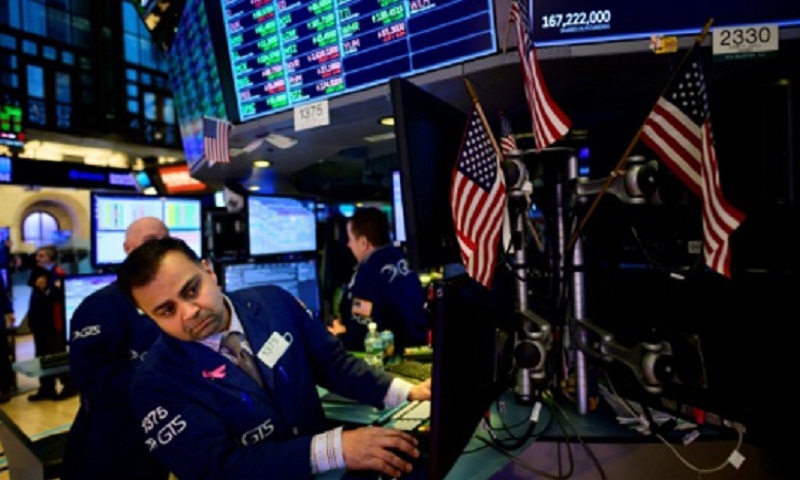 American households saw their net worth plummet at the end of 2018 amid a rout on Wall Street, the biggest tumble since the global financial crisis, the Federal Reserve reported Thursday.

The benchmark Dow Jones Industrial Average alone lost 13 percent from October to December, draining the value of stock holdings including in retirement accounts, amid concerns about the slowing US economy and the trade war with China.

Household net worth fell $3.7 trillion to $104.3 trillion in the final three months of the year, according to the Fed’s quarterly report. The 3.5 percent decline was the largest drop in percentage terms since the fourth quarter of 2008.

The value of equities alone fell $4.6 trillion during the quarter but this was partly offset by gains in the value of real estate and other assets, the report said.

Stocks have recovered much of the fourth quarter losses, as Washington and Beijing have signaled they are close to reaching a trade deal, and as Fed policymakers said they intend to hold off on any further increases to benchmark interest rates, reducing concerns that rate hikes would slow the economy.

Consumer spending in December fell 0.5 percent, its largest monthly decline since September 2009, according to the Commerce Department.