2 killed as picnic bus crashes into truck in Bagerhat 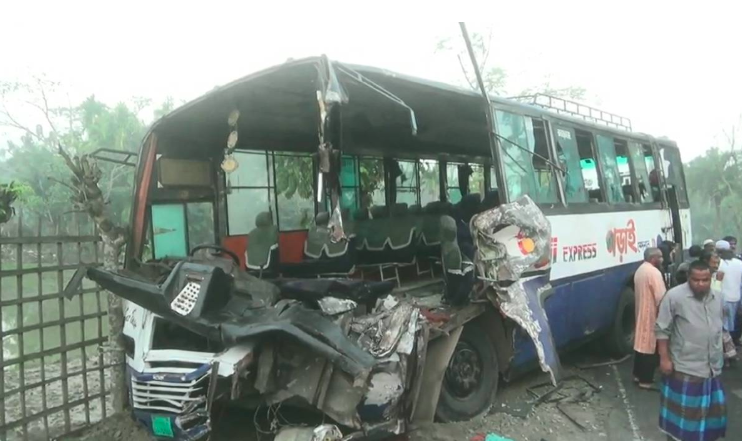 Two people were killed and ten others injured when a picnic bus hit a stationary truck on Bagerhat-Khulna highway at Ronbijoypur in Sadar upazila early Friday.

The deceased were identified as Garibullah, 45, son of Makbul and Kibria, 22, son of Kashem of Shoilakupa upazila in Jhenaidah district.

Mahtabuddin, officer-in-charge of Sadar Model Police Station, said the accident took place around 5 am when the Sundarbans-bound picnic bus from Jhenaidah crashed into the stationary truck, which went out of order, leaving one dead on the spot and 11 others injured.

The injured were taken to Sadar Hospital where doctors declared one dead.

The picnickers met the accident while heading towards Sundarbans after a stopover at Khan Jahan Ali shrine.

On information, police recovered the bodies and sent those to local hospital morgue.