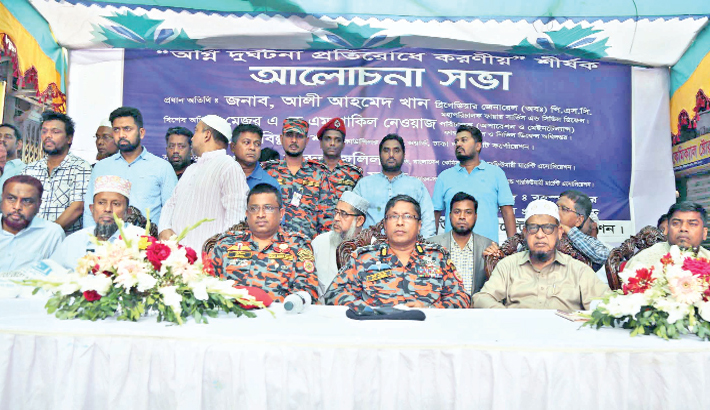 Brigadier General Ali Ahmad Khan, Director General of BFSCD, was the chief guest at the function.

Leaders of various business associations, prominent persons of the area, businessmen and locals were also present on the occasion.

Major AKM Shakil Newaz discussed the key safety issues regarding the use of chemical. He also provided detailed advice on the maintenance process of inflammable chemicals.

Brigadier General Ali Ahmad Khan prayed for the salvation of the victims of the recent Chawkbazar fire and conveyed sympathy to bereaved family members.

He also called upon all to follow all safety precautions while operating their business. “If requested, we will take necessary measures for safety training,” he added.

At the beginning of the discussion, a special prayer was offered for the deceased and injured of the February 20 fire.