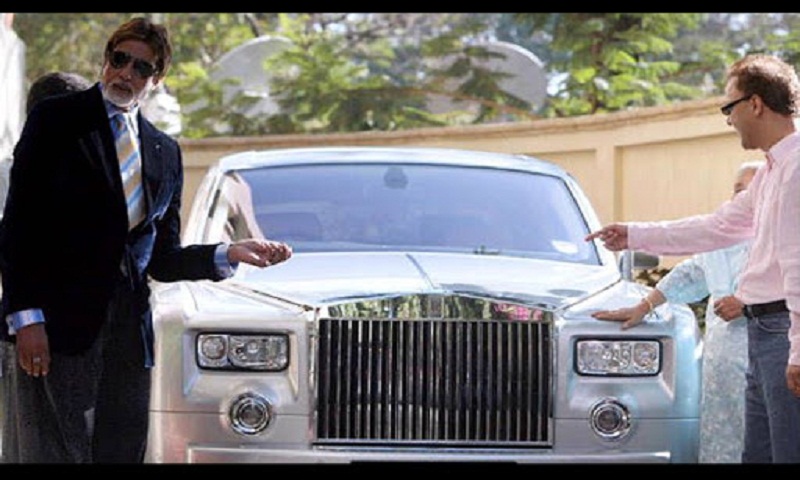 Actor Amitabh Bachchan has reportedly sold his Rolls Royce Phantom for an undisclosed sum. The luxury car was gifted to him by filmmaker Vidhu Vinod Chopra after the two worked together on 2007’s Eklavya: The Royal Guard, reported Mumbai Mirror.

Pegged at Rs 3.5 crore, the car was reportedly purchased by a businessman. Amitabh is famous for his love of fancy cars and already owns a Mercedez S-Class, a Range Rover, a Bentley GT and a Lexus SUV.

Amitabh most recently appeared in Thugs of Hindostan, billed as Bollywood’s most expensive film ever, but a mediocre performer at the box office. The action adventure, which starred Aamir Khan in the lead role, was produced on a reported budget of Rs 250 crore, but made only a little more than Rs 300 crore worldwide.

He will next be seen this week in Sujoy Ghosh’s Badla, in which he will reunite with his Pink co-star Taapsee Pannu. Amitabh also has Nagraj Manjule’s Jhund and Ayan Mukerji’s Brahmastra in the pipeline.

The Rolls-Royce Phantom VI was launched in 2003 and discontinued in 2017. A total of over 10,000 Phantoms were produced, report Hindustan Times.