‘Piyaju' the popular snack of Bangladesh 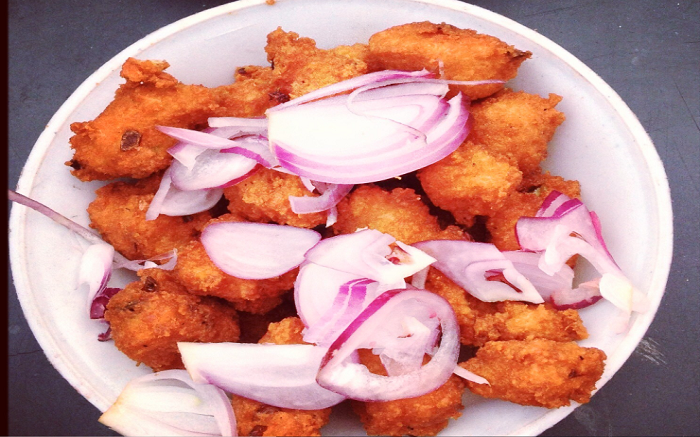 ‘Piyaju’, also known as lentil fritters, has become a popular snack in Bangladesh over the years. It is generally made with different types of lentils a.k.a. daal, onion and coriander leaves but nowadays, many people also use vegetables such as potatoes and carrots.

Piyaju is also a popular iftar item that pairs well with Chhola and Beguni. Over the last few years, I have seen this snack being served during late mornings as well as early evenings with tea. But it is best to have with a spicy dip a.k.a. chutney and a steamy cup of tea.

There’s one place I have always found this snack irrespective of the seasons since childhood. That place is Chittagong’s Patenga and Naval Sea Beach. There are always a few mini stalls on the beach road that serve plates of hot, mini crispy Piyajus for BDT 30. The price is quite reasonable and the food is hygienic. A plate of hot and crispy Piyaju makes the scenic beach view more enjoyable.

Piyajus have become so common that you will come across food carts serving them in all commercial areas. But if you are highly concerned about health, then you should not eat them from roadside carts as they are more deep fried than they should be. The cooking oil used to fry is mostly either stale or used before to fry other snacks.

Before consuming the difficult to resist tasty and crisp snack, it is important to know its caloric value. Every piece of Piyaju contains 75–100 calories leading to a total caloric value of 350–400 per plate.

As for me, I love Piyajus during monsoon and winter with a hot cup of tea!