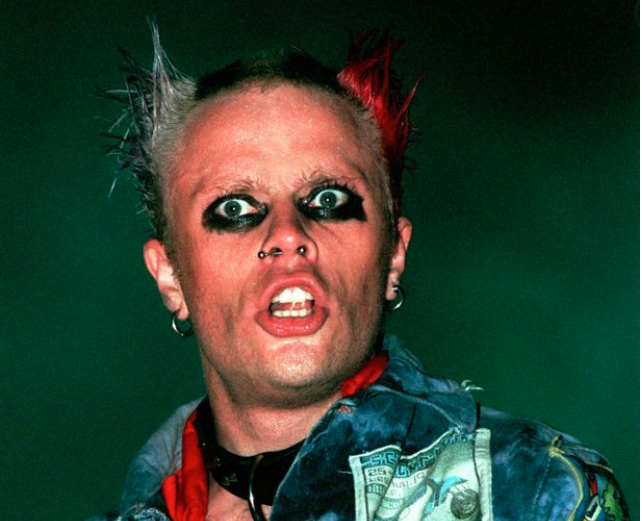 The Prodigy's Keith Flint has died at the age of 49.

The singer, famous for his Firestarter, was found dead at his home Monday.

Police are still at his property in Essex, but officers are not treating the death as suspicious.

An Essex Police spokesman told The Sun: "We were called to concerns for the welfare of a man at an address in Brook Hill, North End, just after 8.10am on Monday

"We attended and, sadly, a 49-year-old man was pronounced dead at the scene. His next of kin have been informed.

"The death is not being treated as suspicious and a file will be prepared for the coroner."

East of England Ambulance service also say they were called to the address where a man was found unconcious. An ambulance was sent but he was pronounced dead at the scene.

A post on their official Twitter account, said: "It is with deepest shock and sadness that we can confirm the death of our brother and best friend Keith Flint. A true pioneer, innovator and legend. He will be forever missed. We thank you for respecting the privacy of all concerned at this time."

They said on Instagram that Keith had taken his own life.

Sharing a picture, they wrote: "The news is true , I can’t believe I’m saying this but our brother Keith took his own life over the weekend ,

The Prodigy found huge fame after emerging from the underground rave scene in the early 1990s.

They went on to become one of the UK's biggest bands, but Keith once admitted a decade of drink and drug abuse coupled with depression put the group in jeopardy.

"I got heavily into booze and drugs and flooded myself with that, like a sponge. And then I reeled it in," he told WENN.

His demons sparked a huge fallout with bandmate Liam Howlett before the band's manager John Fairs helped him kick the drugs ahead of their 2009 comeback. And he said performing had become his new narcotic.

"It's like my drug. You've got to go out there firing. There's nothing sadder than watching a heavyweight boxer and he's out of shape and getting bashed around."

They got to the No1 spot in the UK singles chart with their famous song Firestarter and again with Breathe in 1996. Prodigy also has six No1 albums.

Keith became an iconic figure in the British music scene thanks to his energetic live performances and his distinctive look of wild hair and lots of tattoos.

The singer was born in Redbridge, East London, before moving to Braintree, Essex as a child.

It was after the move that he met Prodigy co-founder Liam Howlett in one of the town's nightclubs.

Keith was originally a dancer for the group, but it was his work as vocalist hit Firestarter propelled them to mainstream fame.

He became a household name thanks to his appearance in the music video, where he's seen dancing aggressively in a disused railway tunnel.

In recent years he retired to the countryside and ran a genteel country pub in Essex until 2017.