Chobi Mela underway in the capital 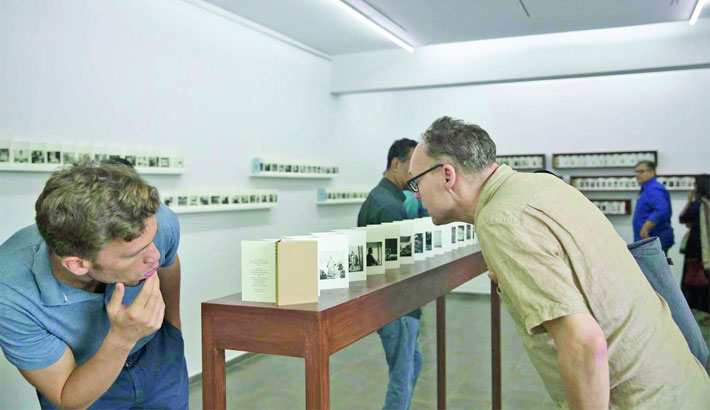 The 10th edition of Chobi Mela, one of the most prestigious photography festivals in Asia, is underway in the capital.

The programme was presided over by festival director Shahidul Alam. Lifetime achievement award 2019 was presented to late Dr Nawajesh Ahmed, internationally renowned photographer, agriculture scientist and author, for his outstanding contribution in photography of Bangladesh.

All venues of the 10th edition of the festival are situated in Dhanmondi.

The Drik-Pathshala under construction building in Panthapath is the main venue, along with Drik Gallery at Dhanmondi and Panthapath, Goethe Institut, Gyantapas Abdur Razzak Bidyapeeth, Britto Arts Trust and Alliance Française de Dhaka.

Thirty-three exhibitions with works from 44 artists spanning 21 countries will be featured during the event.

The focus of Chobi Mela is to strengthen the exposure and access of less-exposed majority world artists (Asia, Africa, Latin America etc.) that supports them in working towards change and prosperity.

Mobile exhibitions on rickshaw vans have become a trademark of the festival resulting into an active participation of the masses.

The mobile exhibition travels all over Dhaka to create platform for expression for people with low levels of textual literacy.

The festival will continue until March 9 while registration remains open every day fo r all.