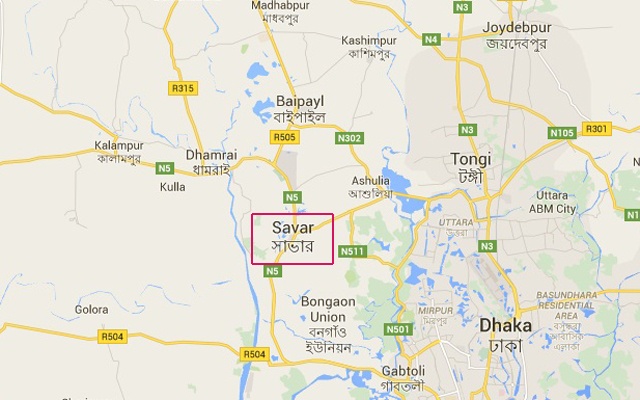 A schoolboy was stabbed to death allegedly by his friends in CRP Chapain area of Savar Municipality on Friday night, UNB reports.

The deceased was identified as Sohagh Hossain, 15, son of Saidur Rahman and a class VIII student of a local school.

Quoting locals police said that Sohag along with his two friends Mithu and Pranto went to a fair held at CRP (Centre for the Rehabilitation of the Paralysed) premises at night.

While returning home around 10:30pm, Sohag locked into an altercation with his two friends.

At one stage, they stabbed him, leaving critically injured.

The injured was taken to Enam Medical College Hospital where doctors declared him dead.

On information, police recovered the body and arrested Mithu and Pranto.