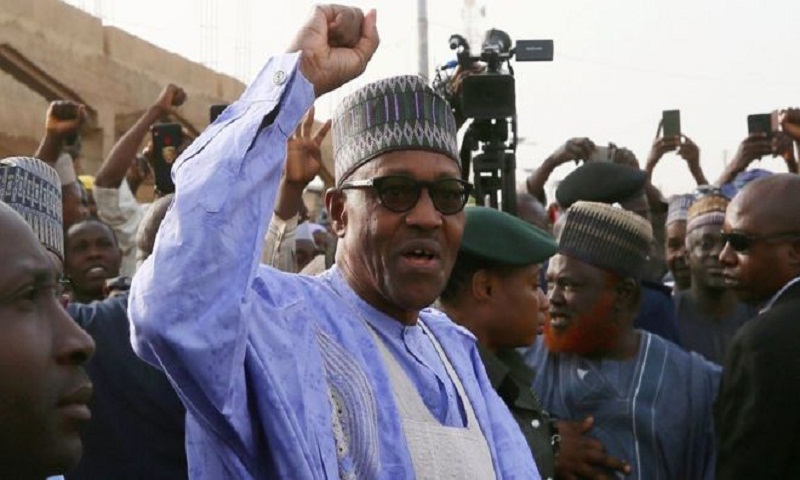 The 76-year-old defeated his main rival, former Vice President Atiku Abubakar, with a margin of just under four million votes.

Delays and violence marred the run-up to the poll but no independent observer has cited electoral fraud.

Mr Buhari's All Progressives Congress (APC) won in 19 of the 36 states while the PDP was victorious in 17 states and in the capital, Abuja, according to the electoral commission (Inec).

Turnout was just below 35% of registered voters. The commission will make a formal declaration on Wednesday.

Some supporters of Mr Buhari took to the streets late on Tuesday in celebration.

A former soldier, Mr Buhari led a military regime for 20 months in the 1980s and was first elected president in 2015, becoming the first opposition candidate to defeat an incumbent and win the presidency.

His record in office is mixed. Mr Buhari's critics say that the very attributes that won over voters four years ago - his strictness and inflexibility - have emerged as liabilities. They accuse him of autocratic leanings as well as a disastrous tendency towards inaction.

Mr Buhari's supporters can argue that he has largely delivered on campaign pledges such as tackling corruption and cracking down on Boko Haram. But they may struggle to point to concrete achievements in other fields, such as fixing the economy.