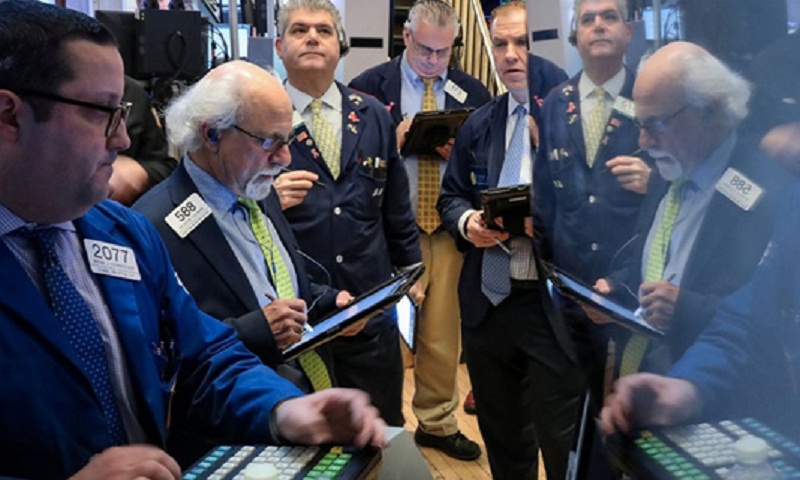 Asian and European markets likewise were mostly higher, amid signals from Chinese and American officials building expectations the two sides will successfully resolve their seven-month trade war, which as knocked equities prices sideways for much of the last year.

In Washington, US President Donald Trump said the latest round of trade talks had been extended by another two days as the two sides raced to strike a bargain ahead of a March 1 deadline to avoid sharp increases in US duties on Chinese goods — and he again said he might be willing to push back the deadline.

“I think there is a very, very good chance that a deal can be made,” Trump told reporters at the White House.

In New York, the blue-chip Dow Jones Industrial Average closed higher, marking its ninth straight weekly gain — the longest such streak since May

Despite the Dow’s advance since December — when the Federal Reserve all but announced a halt to its interest rate hikes — the benchmark index is still below where it was in mid-January of last year.

“Markets are responding to what seems like meaningful progress on the trade dispute between us and China and given the president remarks this afternoon it looks like a deal is very close,” Alan Skrainka of Cornerstone Wealth Management told AFP.

The Economist Intelligence Unit (EIU) forecast that the two sides would make “some progress” — but were unlikely to clinch any “meaningful” deal.

“The likelihood that the US and China will make some progress in the ongoing trade talks has increased as a result of mounting domestic pressure in both economies,” noted EIU global economist Cailin Birch in a report.

“Nonetheless, we do not expect a meaningful agreement, as the US and China enter into a strategic competition for economic — and particularly technological — dominance.”

The EIU added that any deal would therefore only provide “temporary relief” from trade tensions.

Shares exposed to trade with China rose: Boeing, which depends on the Asian giant for much of its aircraft sales, jumped 12.6 percent but construction equipment manufacturer Caterpillar fell 0.1 percent.

Details remained scant about any concrete progress in the trade war, which

has prompted stark warnings about the risks to the world economy, although

Trump said there was a deal on currency manipulation.

Meanwhile, Kraft Heinz nosedived 27.4 percent, a day after reporting a

quarterly loss, a $15 billion write-down and disclosing that US securities

Europe’s key equity markets were modestly higher at the close, building on