Will give ‘martyr’ status, if elected: Rahul Gandhi on paramilitary forces 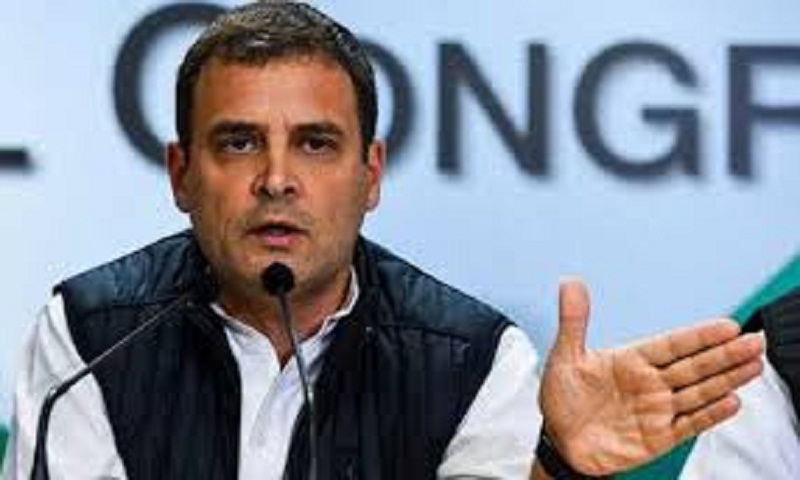 Congress president Rahul Gandhi on Saturday said that if the party is voted to power in the upcoming Lok Sabha elections, the next government would accord, by law, the status of ‘martyr’ to those paramilitary jawans, who lose their lives in the line of duty. Gandhi made the promise during his interaction with university students at the Jawaharlal Nehru Stadium in New Delhi.

Gandhi had earlier raised this issue in the wake of the killing of at least 40 Central Reserve Police force (CRPF) jawans in a terror attack in Jammu and Kashmir on February 14. A week after the terror attack in south Kashmir’s Pulwama, Gandhi wrote on Twitter: “The brave are martyred. Their families struggle. Forty jawans give their lives but are denied the status of “Shaheed” (martyr).”

The issue was also highlighted by Rashtriya Janata Dal leader Tejashwi Yadav after the attack on the CRPF jawans. “The government, though, addresses the jawans of paramilitary forces (CRPF, BSF, ITBP etc) but does not accord the status of “shaheed” (martyr). We demand that the paramilitary jawans laying down their lives should get the status of martyrs and their families should get all the facilities,” Yadav had said a day after the Pulwama terror attack.

During his interaction with the students, Gandhi also said, “Casualty is more in the case of paramilitary forces. But they don’t have that much of infrastructure and support to them is not much…They should get the status of martyrs and they will get it.”

The Congress president, who early this week went to Uttar Pradesh’s Shamli to meet the family of one of the CRPF jawans killed in Pulwama attack, said, While talking to the families of martyrs, I knew what it felt like to be where they were. My father too was blown to pieces and my grandmother was shot with 32 bullets.”

The issue of granting the status of martyr to paramilitary soldiers has been a talking point in public in the aftermath of Pulwama terror attack. A CRPF convoy carrying more than 2,500 jawans was targeted by a suicide bomber on Jammu-Srinagar highway. Pakistan-based terror outfit Jaish-e-Mohammed claimed the responsibility for the attack.

Gandhi spoke on various other issues including job creation, farm distress and social harmony. He blamed the Narendra Modi government for rising anger among people. The Congress president asserted that his party is trying to change the culture of politics in the country.

“If you look at the history of this country, and look at the philosophy of Gandhi, Mahaveer, Buddha, Ashoka, they all preached love and non-violence. This was the same philosophy when I hugged Mr Modi, while he was abusing me and my family,” Gandhi said recalling the incident that took place in Parliament during the Monsoon Session last year.

In answer to another question over alleged rise in communal tension in the country since the Modi government came to power in 2014, Gandhi said, “When my dadi (grandmother) was killed, my father was in Bengal. I was much closer to my dadi than my mother. My dadi was killed by her security personnel. They were like my friends. Satwant Singh, who shot my dadi, taught me how to play badminton. There was anger in me after my dadi was killed. But when my father returned and asked me to hug him and see what happens…It’s like a jaadu (magic).”

During his interaction, Shiksha: Dasha Aur Disha, Gandhi targeted the Modi government accusing it of working for “concentration of wealth” in the hands of “15-20 big businessmen” and ignoring important sectors like education and healthcare. He said the government must pay for a large part of the education of students.