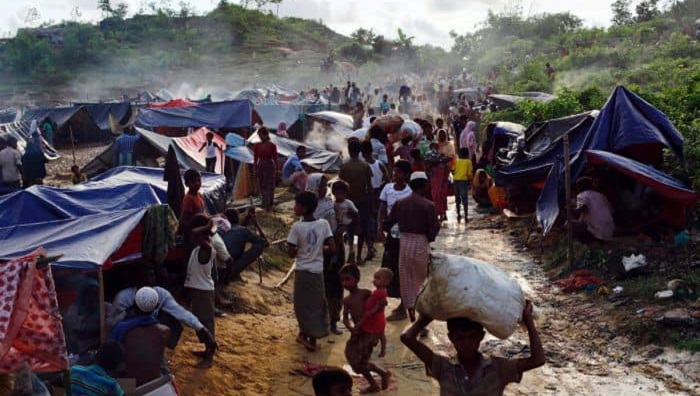 The Association of Southeast Asian Nations (ASEAN) has been invited to extend help in the process of repatriation for “verified Rohingyas” from Bangladesh, according to a message received from Geneva.

A total of 2,260 Rohingyas of 485 families were supposed to be repatriated in the first phase as Bangladesh and Myanmar had agreed to begin their repatriation in mid-November last year which was halted due to lack of conducive environment in Rakhine State.

Bangladesh handed over a list of 1,673 Rohingya families or 8,032 individuals to Myanmar to start the first phase of repatriation of Rohingyas.

The Committee on the Elimination of Discrimination against Women on Friday reviewed the situation of Rohingya women and girls in northern Rakhine state, based on a report submitted by Myanmar under the exceptional reporting procedure.

Introducing the report, Union Minister for Social Welfare, Relief and Resettlement of Myanmar Win Myat Aye said the situation in Rakhine state was highly complex and too complicated for outsiders to comprehend, and that any solution would require a thorough understanding of the local context and historical background, and most importantly, time.

The recommendations from the Advisory Commission on Rakhine State, led by former Secretary-General Kofi Annan, helped find a sustainable solution, he said, adding that the process of repatriation for verified residents of Myanmar from Bangladesh continued despite some “naysayers”.

The Independent Commission of Enquiry had been set up to investigate allegations of human rights violations and related issues following the “terrorist attacks” by the Arakan Rohingya Salvation Army (ARSA), with a view to seeking accountability and ensuring peace and stability in Rakhine state.

The experts enquired about steps taken to address the critical question of citizenship and birth registration for the Rohingya, lift restrictions on freedom of movement which negatively impacted their access to health, education and livelihoods, and ensure unrestricted access for international partners to deliver urgent humanitarian assistance and protection to most vulnerable populations.

They commented on Myanmar’s continued denial of the accusations of acts of violence and sexual violence against Muslim women in Rakhine state by its security forces, despite documented evidence of mass atrocities, including wide-spread killings, torture and rape, as well as indications that sexual violence was orchestrated and perpetuated by Myanmar’s armed forces, guard police and militias.

The Committee welcomed the signing in December 2018 of the Joint Communique with the Special Representative of the Secretary-General on sexual violence in conflict, and stressed the importance of accountability and justice for national reconciliation and peace.

About a gap between the Committee’s perceptions and realities on the ground, Aye said the national priority was the rule of law and sustainable development, as well as a lifetime of peace and harmony for all Rakhine state.

In her concluding remarks, Committee Chairperson Hilary Gbedemah thanked the delegation of Myanmar and commended it for its efforts.

The Committee will issue its concluding observations on the report of Myanmar at the end of its seventy-second session on March 8.