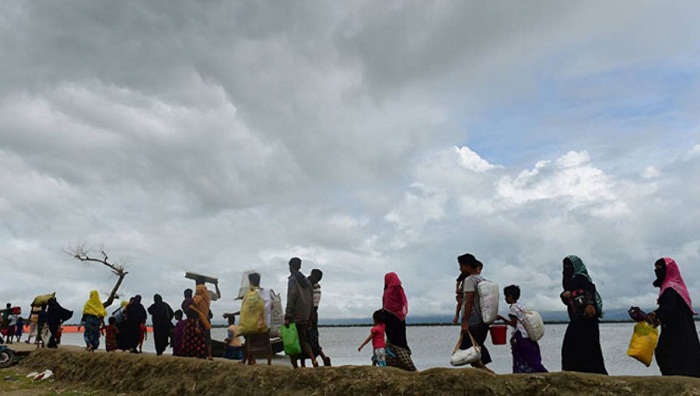 Although Myanmar has agreed to take back eight lakh Rohingyas, it is yet to create a congenial atmosphere for their repatriation, Foreign Minister AK Abdul Momen said on Saturday.

“Initiatives are underway to send back 8 lakh, out of the 12 lakh Rohingyas,” he said at a prize-giving ceremony at Mirabazar Model High School in the city.

An unspecified number of Rohingya members were killed. Médecins Sans Frontières said more than 6,700 Rohingya, including at least 730 under-five children, were killed in the first month of the crackdown.

The United Nations described the military offensive as a "textbook example of ethnic cleansing".

Bangladesh and Myanmar have signed agreement to repatriate the Rohingya. But members of the minority, still haunted by the horror in the Rakhine state, have resisted the move to send them back. They have sought the UN’s intervention and demanded creating a safe environment for them.

“The repatriation has been delayed as Myanmar is yet to create a congenial atmosphere,” Foreign Minister Momen said. “But we’ve taken measures to send back the Rohingya to Myanmar safely.”

Despite having lived in the country for generations, Myanmar does not recognise the Rohingya as citizens and calls them ‘Bangalis’ to imply that they are ‘illegal immigrants from Bangladesh’.