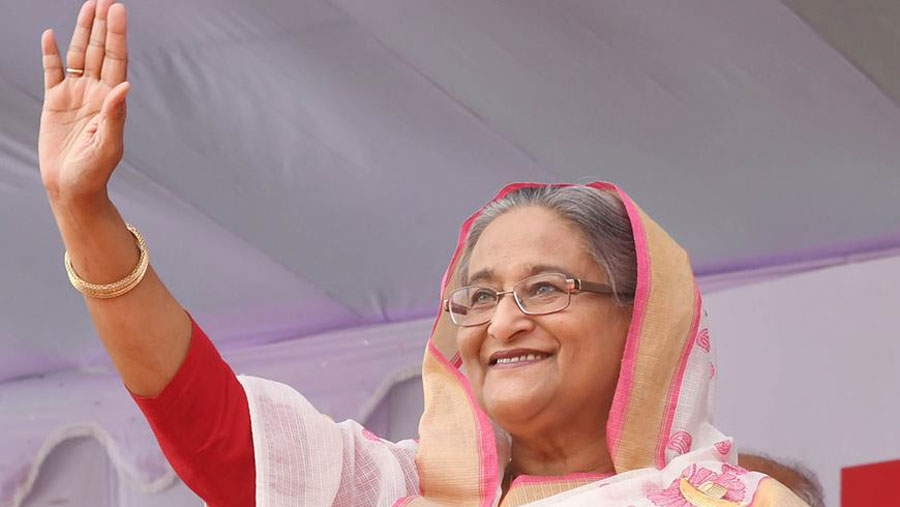 Prime Minister Sheikh Hasina will inaugurate the construction work of a tunnel under the Karnaphuli river and a 17-kilometre-long elevated expressway under two mega projects involving Taka 13,130 crore in Chattogram on Sunday, officials said.

The 3.5 kilometres long four-lane tunnel, the first in the country, will be built at a cost of Taka 9,880 crore to make Chattogram ‘One City Two Towns’, modelled on east and west Shanghai of China, they said.

The tunnel route will pass through the river close to Navy College on one side and Korean Export Processing Zone (KEPZ) and Karnaphuli Fertiliser Company (Kafco) on the other.

It will cut the road distance between Chattogram and Cox’s Bazar, apart from easing the traffic on Dhaka-Chittagong Highway entering the port city to go to other parts of Chattogram division.

The multilane tunnel will connect Chattogram Port and Anowara Upazila and is expected to make communication between Chittagong and Cox’s Bazar easier, besides reducing traffic congestion on two bridges over the Karnaphuli river.

Chinese firm China Communication Construction Company Ltd (CCCC) has been appointed as consultant for construction of the tunnel, the source added.

The construction of the proposed Elevated Expressway starting from Lalkhan Bazar to Shah Amanat Airport worth Taka 3,250 crore will also be inaugurated.

Max Benkin JB has been appointed as contractor for construction of the elevated expressway.