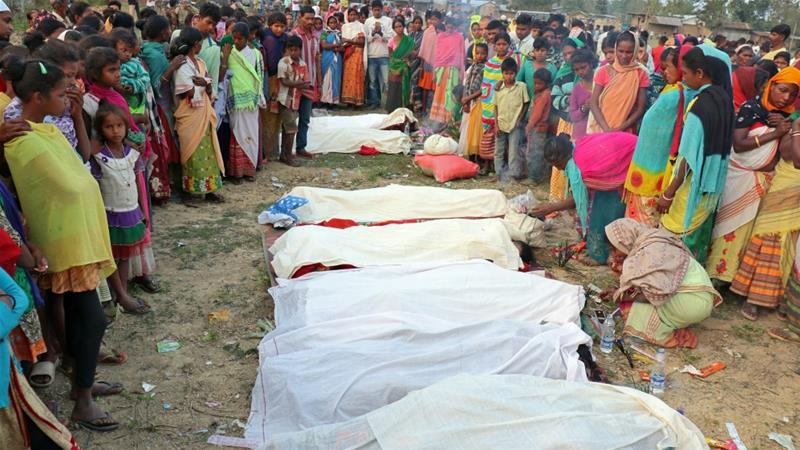 Ninety-three workers have died and at least 200 others have been hospitalised in northeastern India after drinking toxic liquor, officials said Saturday, in the latest case of alcohol poisoning in the country.

“The number of dead (in the district) has now increased to 58, and another 75 people are undergoing treatment” in local hospitals, Dhiren Hazarika, deputy commissioner of Golaghat district in Assam, told AFP.

Another official from the neighbouring district of Jorhat said that 35 people had died there after consuming a batch of “spurious liquor”.

The victims, who include many women, were mostly tea plantation workers in the Golaghat and Jorhat districts, who drank the tainted liquor.

Initial investigations revealed that the drink contained methanol, which is fatal when consumed in large amounts.

Assam health minister Himanta Biswa Sarma told AFP that the patients were being treated at different hospitals in the affected districts while Assam Chief Minister Sarbananda Sonowal has ordered an inquiry.

The death toll could rise as several people were said to be in a serious condition.

State police said they arrested one man for selling the liquor, and authorities said two excise department officials were suspended for failing to take adequate precautions over the sale of the alcohol.

The illegal liquor trade thrives in India because it is much cheaper than commercially produced alcohol. Methanol, a chemical used in antifreeze and wood spirits, is often found in such drinks.

Many deaths are reported from the consumption of moonshine in India.

Less than two weeks ago, more than 100 people died in the northern state of Uttar Pradesh after drinking tainted liquor.