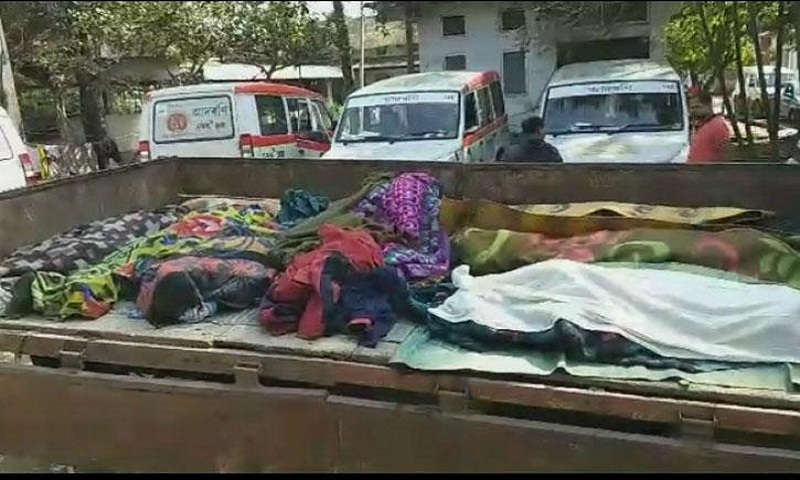 Sixty six tea garden workers died after they consumed spurious liquor in Assam with 39 in Golaghat district alone, after receiving their weekly wages. Several others have been admitted in a critical condition at the Jorhat Medical College Hospital and at the Golaghat civil hospital.

At least seven women were among the dead at the plantation, 310 km from the state’s capital Guwahati.

According to locals, the workers at Salmara tea garden had consumed the liquor on Thursday evening and four women died soon after. In the next 12 hours, eight more deaths were reported. The toll has now touched 66.

Police have arrested the owners of the illegal country-made liquor factory in Jugibaari area near the garden. The accused have been identified as Indukalpa Bordoloi and Deba Bora. Police are on the lookout for more persons involved in bootlegging spurious liquor.

‘We have already arrested two, and are looking for more accused,’ said Deputy Superintendent of Police, Partha Pratim Saikia.

Locals said a glass of illicit liquor is sold for Rs 10 to Rs 20 in the area. The liquor vendor, Sanju Orang and his mother Draupadi Orang, died after consuming the tainted alcohol.

Assam Excise Minister Parimal Suklabaidya has ordered a probe into the incident. Two excise officials of Salmara area have been suspended for neglect.

‘We will investigate the incident. The guilty won’t be spared,’ said Golaghat Deputy Commissioner, Dhiren Hazarika while speaking to News 18 Assam Northeast.

Meanwhile, local resident, Prabin Das, who heads a committee demanding prohibition of liquor was allegedly attacked by Bharatiya Janata Party (BJP) activists in Golaghat when he blamed the state excise department for its failure in checking the manufacture of spurious liquor.

‘It all happens because of a nexus between the excise department and illicit liquor manufacturers,’ said Das.

On the other hand, opposition Asom Gana Parishad (AGP) president has demanded adequate compensation for the families of the victims, report Ndtv.