Batsmen shine on day 1 of the practice game 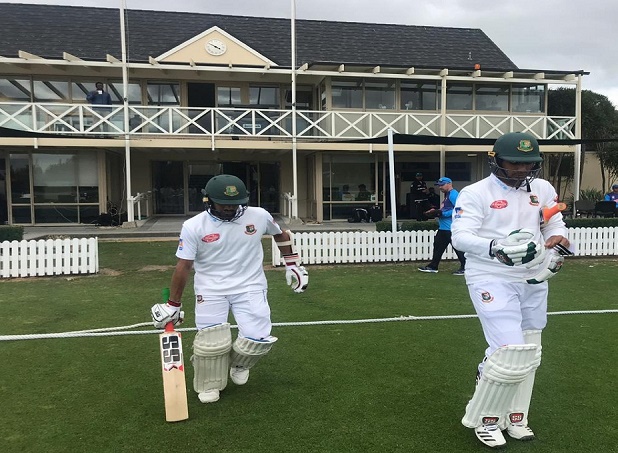 Ahead of the three-match Test series against hosts New Zealand, Bangladesh have recorded great batting display on the first day of a two-day practice match against New Zealand XI at Bert Sutcliffe Oval in Lincoln.

To ensure the chance of batting practice for all of the guys, four of Bangladeshi batsman retired out.

In the opening stand, Tamim and Shadman scored 113 in 30.5 overs. Tamim was the first man to get dismissed by the 23-year-old pacer Blake Coburn. Shadman get dismissed as the second batsman scoring the highest innings of 67 for the team. After the dismissal of Shadman, Mominul Haque fell for 20 off 30 deliveries.

Bangladesh lost the fourth wicket at 381 runs with losing Taijul Islam for 14. Before his departure, four of the Bangladesh batsmen retired out to ensure the chance for all of the guys.

The first Test of the series will take place from February 28 while the next two will be played on March 8 and 16 respectively.