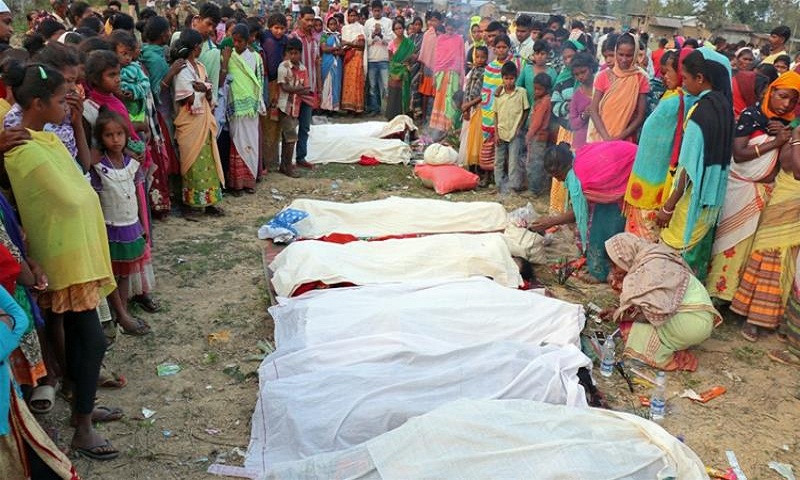 The workers consumed the tainted liquor laced with methyl alcohol, a chemical that attacks the central nervous system, on Thursday and started falling unconscious. They were rushed to nearby hospitals and the death toll has risen to 50 until late Friday, Sonowal said.

The owner of a local brew making unit and four others have been arrested.

Deaths from illegally brewed alcohol are common in India because the poor cannot afford licensed brands. Illicit liquor is cheap and often spiked to increase potency.