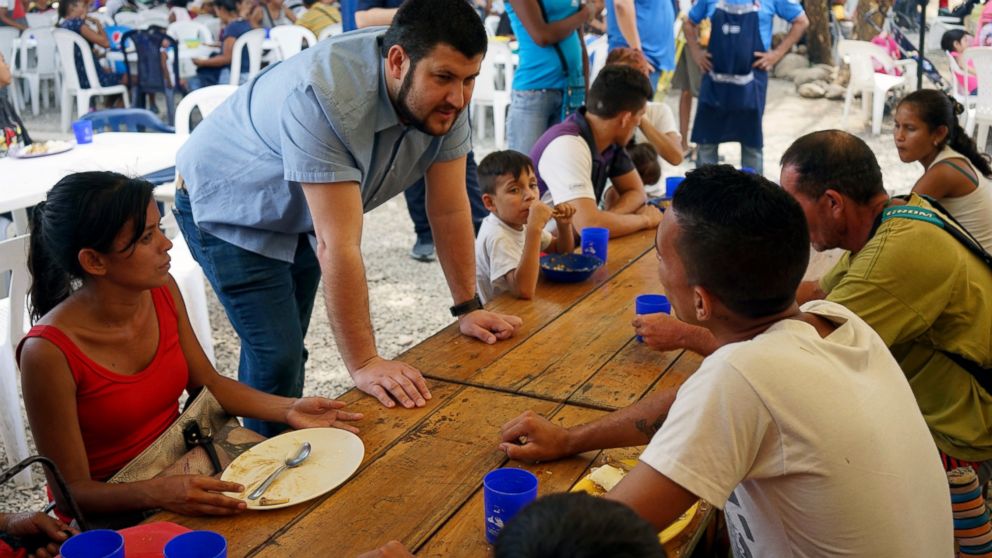 Defying orders banning him from leaving Venezuela, opposition leader Juan Guaido made a surprise appearance at the end of star-studded aid concert in neighboring Colombia, joining thousands of other Venezuelans in pressuring President Nicolas Maduro into allowing the delivery of emergency food and medicine.

In Venezuela, a much smaller crowd gathered for a rival, three-day "Hands Off Venezuela" festival being organized by Maduro. Even as several million Venezuelans flee the country and those who remain struggle to find basic goods like food and antibiotics, the embattled president claims the relief effort led by Guaido is a U.S. orchestrated ploy to oust him from power.

It's not clear how Guaido sneaked into Colombia — in one video circulating on social media he appears running across a bridge near the Colombian town of Puerto Santander, while in another he could be seen boarding a helicopter belonging to the Colombian air force.