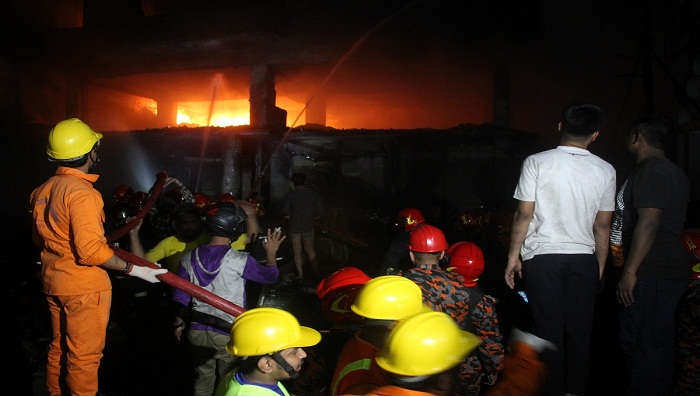 The probe committee, formed by the Home Ministry, said it would ascertain whether there was any negligence of government agencies behind selling and storing chemicals.

Seventy-eight people were killed after a fire broke out at a chemical warehouse and raged through four buildings in Chawkbazar on Wednesday night.

Prodip said they would find out about the responsibility of government agencies as well as ascertain if there was any negligence on anyone’s part.

Replying to a question, he assured that the investigation report would see light. “Our primary task is to find out the source of the fire as well as recommend a work plan so that no such incident recurs,” he said.

Deputy Commissioner (Lalbagh Division) Ibrahim Khan, also a member of the committee, said police have already filed a case with its Chawkbazar station.

After investigation, the names of people whose negligence caused the incident would be included in the charge sheet, he said.

The investigation committee has been asked to submit its report with recommendations within seven working days after proper investigation.