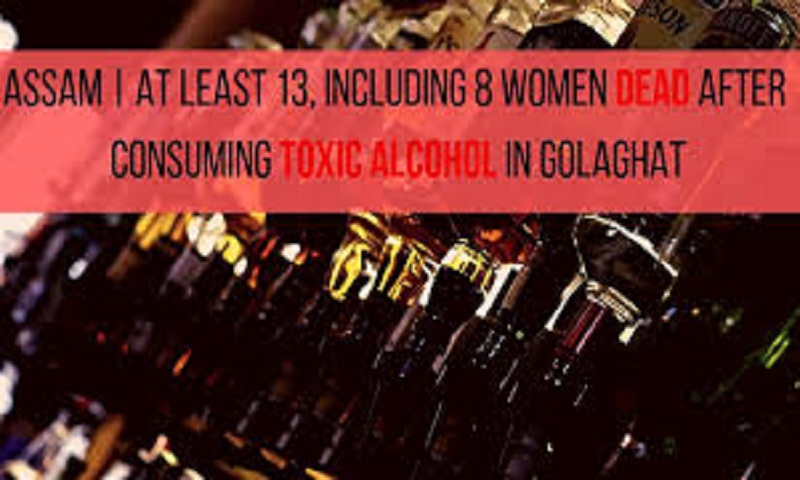 Twenty-five members of a tribe of Indian tea-pickers, including 15 women, died within hours of drinking poisoned alcohol, police said Friday.

The deaths in the northeastern state of Assam came less than two weeks after tainted liquor killed about 100 people in Uttar Pradesh and Uttarakhand states.

All of the latest victims worked at the Salmora tea estate in Assam's Golaghat district. On top of the dead, dozens were being treated in two local hospitals.

Most of the patients complained of severe vomiting and stomach pain.

"We tried our best but failed to save them," said Ganesh Bora, a senior doctor at the Jorhat Medical College hospital. They died within hours of consuming the bootleg alcohol.

"They bought the country liquor from a seller and consumed it on Thursday night, falling ill almost straight away," Dhiraj Das, a senior Golaghat district official, told AFP.

Fifty-five people were taken to hospital after the alcohol was consumed, and many were already dead by the time they arrived.

State police said they arrested one man over the liquor, and authorities said two excise department officials were suspended for failing to take adequate precautions over the sale of the alcohol.

Earlier this month, about 100 people died in northern India after drinking homemade alcohol.

Hundreds of mainly poor people die each year in the South Asian country from tainted liquor, which normally costs just a few US cents a bottle.

Of the estimated five billion litres of alcohol drunk every year in India, around 40 percent is illegally produced, according to the International Spirits and Wine Association of India.